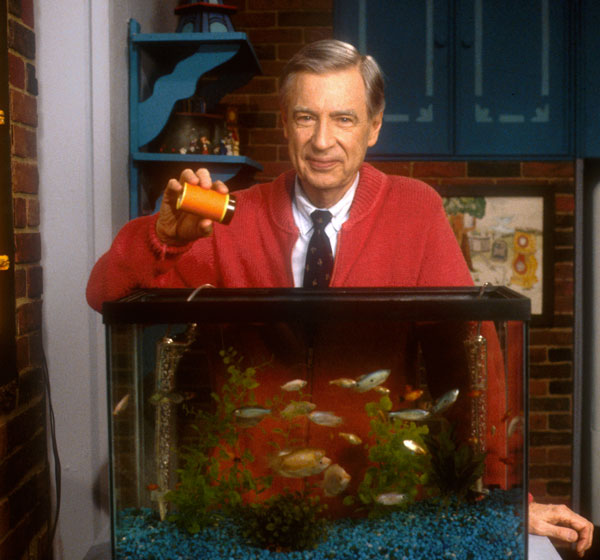 Fred Rogers saw the potential and possibility of media to help children explore the world around them, with special emphasis on their social-emotional learning.

His impact—and the impact of Mister Rogers’ Neighborhood—is still felt today in the hearts and minds of children, families, and professionals who continue to be nurtured and inspired by his timeless wisdom.

Mister Rogers’ Neighborhood premieres on NET, the precursor to PBS.

The 25th anniversary of Mister Rogers’ Neighborhood is commemorated with a nationwide sweater drive.

Fred Rogers passes away at the age of 74.

Daniel Tiger’s Neighborhood, the first new series produced by the company in over 40 years, premieres on PBS KIDS.

Through the Woods, our first mobile series, begins streaming on Curious World.

Through the Woods premieres on PBS KIDS.

June marks the 50th anniversary of the creation of the company by our founder, Fred Rogers.

Our team carries Fred’s values forward with its continued focus on innovation—both in learning and storytelling—staying at the forefront of what’s new and what’s next in media that help children explore their world in age-appropriate ways.