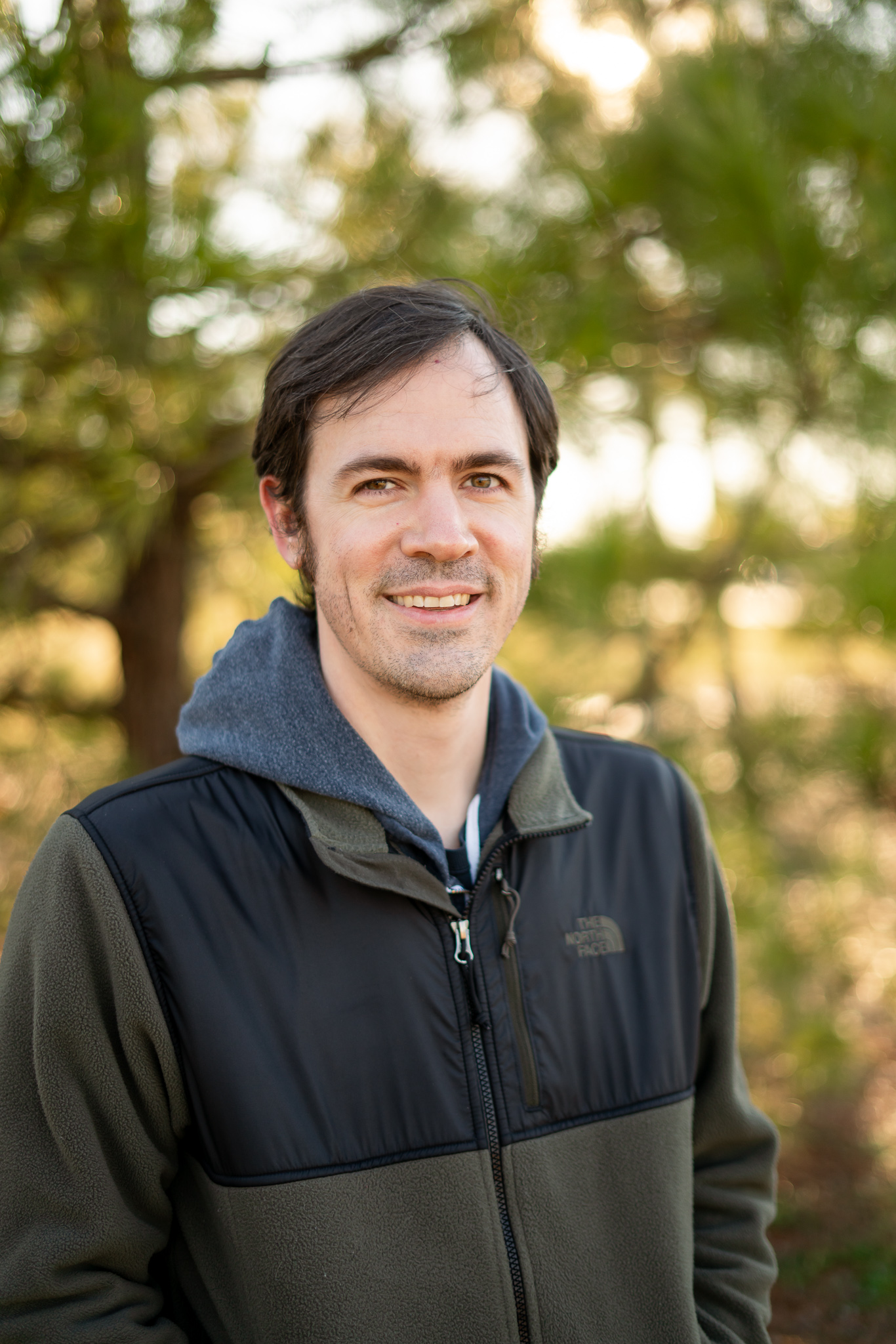 Tell us about yourself and how your career led you to working in game design.

My preparation for working in game design started at birth. Whether it was playing card games—like Spades and Russian Rummy—at family gatherings or my brothers and I battling it out in Mario Kart 64 upstairs in the den, games were a constant in my childhood. However, the chief training I received to be a game designer came from my oldest brother, Scott. He fell in love with video games and board games, and he passed that love on to me. And he didn't only love playing games, he loved dissecting them and discerning what made them work. Whenever Scott and I were together we were talking about games and dreaming about making them ourselves. By the time I went to college, it seemed natural that I would study computer science with the goal of making game design a career.

I watched some really dumb TV shows growing up, but two shows that I think were actually great were Batman: The Animated Series and The Adventures of Pete & Pete. Both, in different ways, respected kids, trusting that they understand more than they are frequently given credit for and never speaking down to them.

Batman, despite being about superheroes, featured multidimensional characters and trusted kids to understand that evil isn't always cartoonish and that knowing and doing what is good isn't always easy.

Pete & Pete felt like it was written by children (though very intelligent children) in that it took things that kids loved and found funny and let those scenarios play out to their ridiculous end. It was frequently a bizarre show, but kids are delightfully bizarre too, and Pete & Pete relished in this.

What goes into your role in the creation of digital content for Alma’s Way?

My role at Makefully is two-fold. For each project, I'm involved in both the ideation and creation processes.

So, for something like "The Alma Train," the first step is determining what we are going to make. Fred Rogers Productions gives us a theme ("subway trains" in this case), and from there, the Makefully team and I figure out what a game about trains could be in Alma's world. To do this well, we consider the themes and goals of the show, the characters in Alma's Way and the roles they might play in the game, the audience for the game, and ask questions like “What do kids love about trains and how would they want to play with them?” This whole ideation process is messy and involves a lot of trust within Makefully and between Makefully and Fred Rogers Productions as we wade through a wide range of ideas so that we can eventually get to the great ones.

Once an idea is settled on, my role changes and suddenly, as a programmer, I get to bring the idea to life. Sometimes this leaves me cursing myself as I run into hurdles, I've created for myself; but there's also a lot of joy in being able to bring to life what previously only lived in imagination!

In the last couple of years, I've fallen in love with gardening! I come by my interest naturally through my father who, when I was growing up, always made sure the yard around our house was beautiful. I've always enjoyed painting and drawing and in some ways, gardening seems like a natural extension of that, except the canvas is alive and must be cared for and nurtured. In return, it surprises you with unexpected beauty.

I'm still an amateur gardener at best, and my wife has been very patient with me as I've learned, particularly when I show up with new plants from the nursery without thinking ahead about where they might go in the yard. If I ever impoverish my family, it'll be because I needed "just one more" hydrangea.