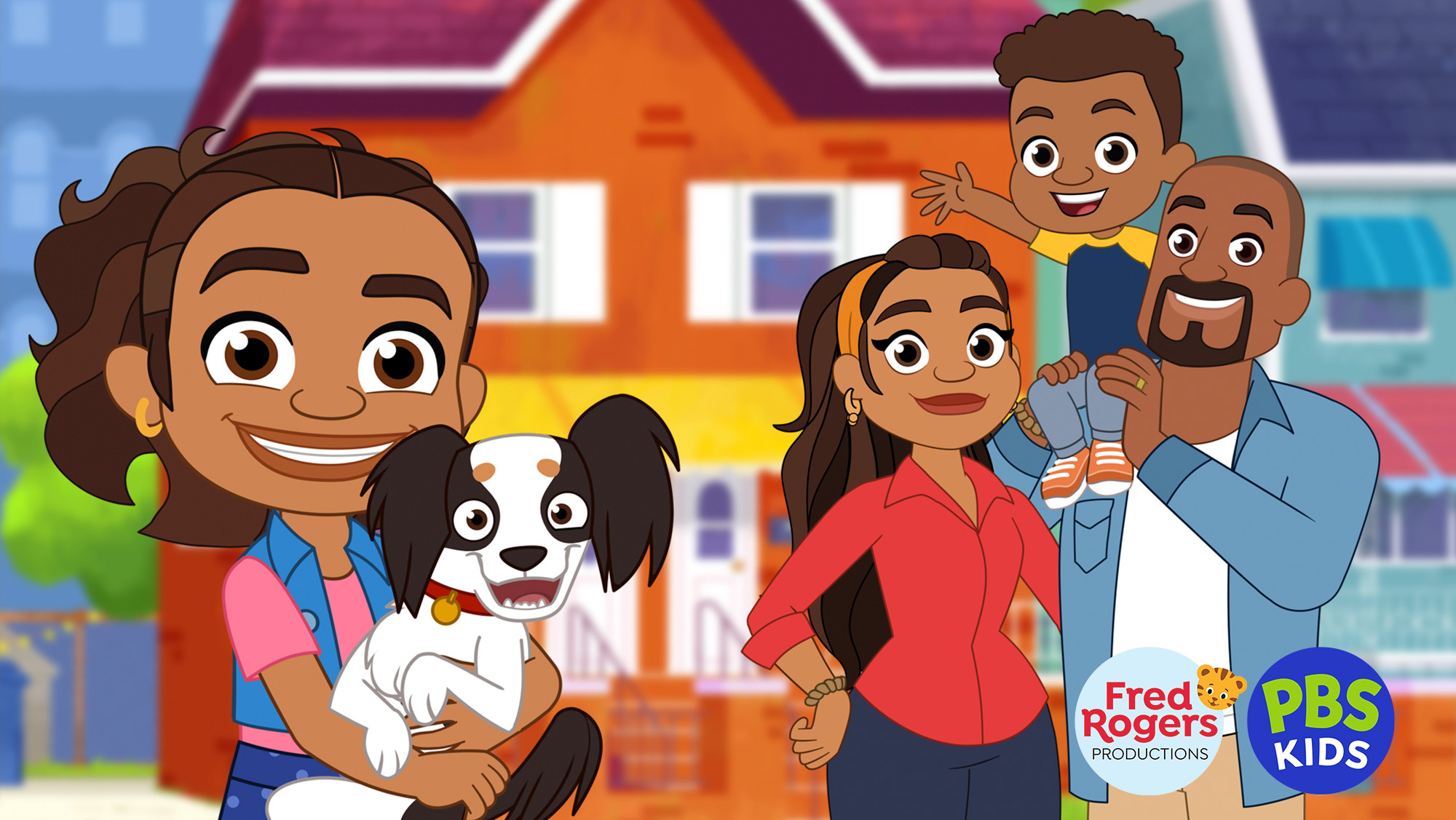 Pittsburgh, PA, August 2, 2022 – Alma’s Way, the newest animated hit series from Fred Rogers Productions, the award-winning children’s media organization behind multiple Emmy® Award-winning series, has been greenlit for a second season on PBS KIDS. The upcoming season of the show, created by Sonia Manzano (“Maria” on Sesame Street) and produced in association with Pipeline Studios (Elinor Wonders Why), is slated to premiere in fall 2023 and will consist of 25 half-hour episodes, including two 30-minute specials.

Focusing on critical thinking, self-awareness, responsible decision-making, and empathy, Alma’s Way is aimed at viewers 4-6 and follows 6-year-old Alma Rivera, a proud, confident Puerto Rican girl who lives in the Bronx with her parents; younger brother, Junior; and Abuelo as well as a diverse group of close-knit and loving friends, family, and community members. The series showcases Latino cultures through music, food, language, and more. All episodes are available in both English and Spanish.

“We’re thrilled that audiences have so warmly embraced Alma’s Way and will soon get to tag along on new adventures with Alma as she continues to think things through alongside her friends and family in the Bronx,” said Ellen Doherty, chief creative officer at Fred Rogers Productions and an executive producer of the series. “The show’s focus on critical thinking and community has resonated strongly with viewers universally, and the new season will provide them with an even more expansive look at Alma’s world.”

"Alma’s Way suggests to children that the process of thinking is exhilarating, joyous, and fun,” said Sonia Manzano, executive producer and series creator. “I’m delighted that my relationship with PBS KIDS and Fred Rogers Productions will continue as we bring another season of Alma’s Way to life.”

“Families across the country are telling us that Alma’s Way’s curriculum, music, and focus on community truly resonates with them, and is making an impact in their children’s lives. We’re excited to bring another season to PBS KIDS,” said Sara DeWitt, senior vice president and general manager, PBS KIDS.

Season 2 of the critically acclaimed series will introduce audiences to a range of diverse, new characters and present stories that deepen their relationship with those they already know and love, including Alma’s Uncle Nestor, little brother Junior, and her Granny Isa (voiced by Manzano). The new season will also take viewers to more New York City cultural landmarks. Music, a key component of the series, will be prominently featured in one of the upcoming specials.

Alma’s Way premiered in October 2021 to critical acclaim and recognition among a variety of audiences. Since its debut, the series has been noted as a Selection for Families by Common Sense Media, the leading source of entertainment and technology recommendations for families and schools. It has also been selected as the recipient of the Excellence in Early Learning Digital Media Award by The American Library Association Youth Media Awards, an award given to a producer that has created distinguished digital media for an early learning audience. Alma’s Way has ranked in the top ten PBS KIDS series in streaming video every month since its launch.*

Additionally, children can continue to learn and play with Alma through the PBS KIDS Games app and on pbskids.org/almasway. “Bop or Pop!/¡Bop, no Pop!,” an action-puzzle game that helps kids practice their problem-solving skills, and “Party at Alma’s/Fiesta con Alma,” a game in which players use social awareness skills to help make the party fun for everyone, launched in 2021. Between October 2021 and May 2022, both games combined have been played more than 18 million times on the PBS KIDS games app and pbskids.org.** Two additional games supporting the learning goals of the series will debut in 2022. Like episodes of Alma’s Way, all digital content is available to view and play in both English and Spanish.

Scholastic serves as the worldwide master publishing partner for Alma’s Way with a multi-year agreement including a range of readers and activity books in both English and Spanish, which will begin publishing in spring 2023. Brand Central is the licensing agent for the series and will develop a full-scale licensing program that reflects the show’s fun, educational, and cultural themes.

About PBS KIDS
PBS KIDS believes the world is full of possibilities, and so is every child. As the number one educational media brand for kids, PBS KIDS helps children ages 2-8 learn lessons that last a lifetime. Through media and community-based programs, PBS KIDS wants children to see themselves uniquely reflected and celebrated in lovable, diverse characters who serve as positive role models, and to explore their feelings and discover new adventures along the way. Families can stream PBS KIDS for free anytime, no subscription required. A large collection of mobile apps and pbskids.org provide accessible content that spark kids’ curiosity. PBS KIDS and local stations across the country support the entire ecosystem in which children learn and grow – including their teachers and caregivers, parents, and community – providing resources accessible anytime and anywhere. For more information, visit pbs.org/pressroom, or follow PBS KIDS on Twitter, Facebook and Instagram.