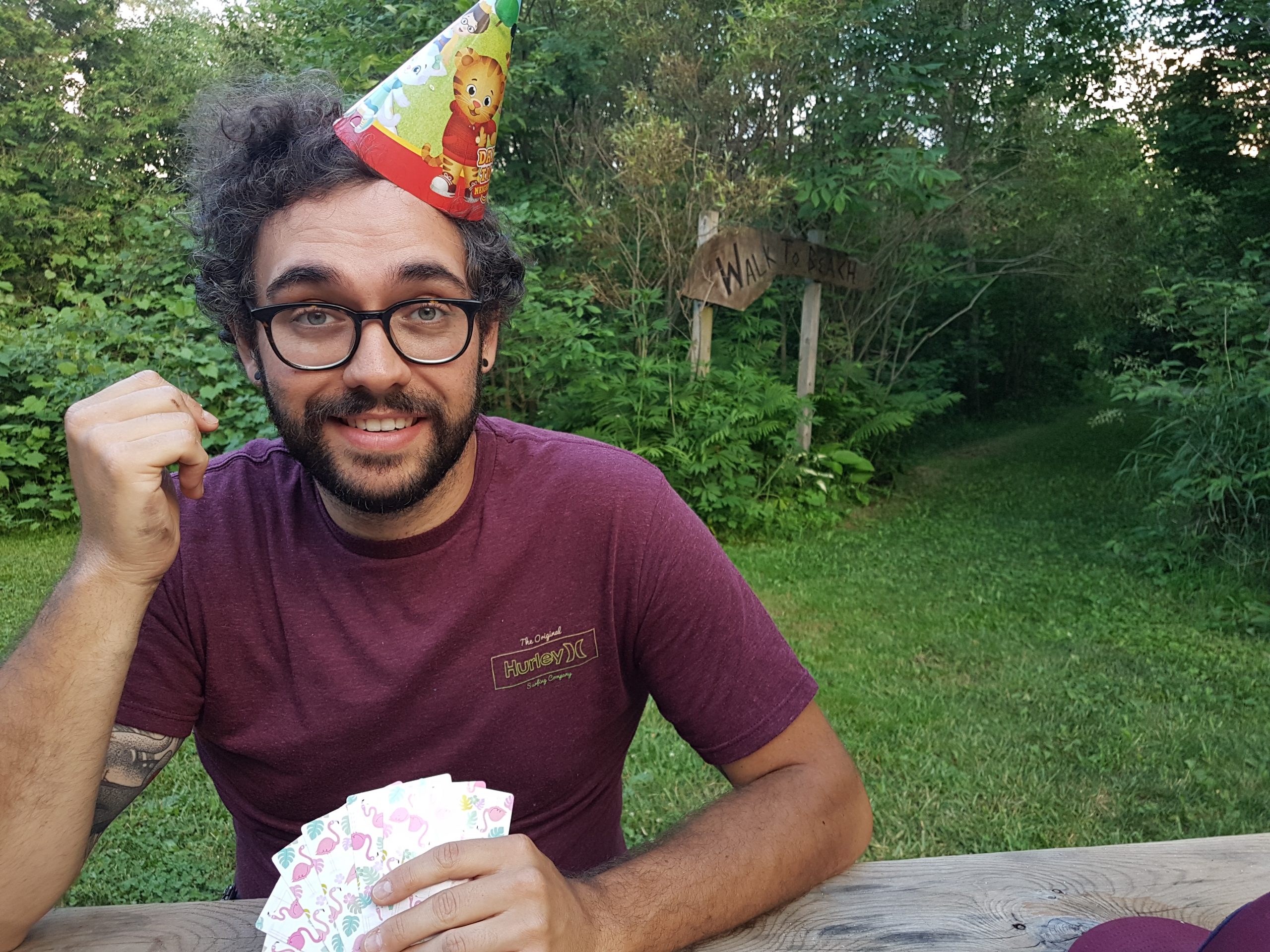 Learn more about the Animation Director behind Daniel Tiger’s Neighborhood.

Welp, I was born in Sao Miguel, Azores (Portugal), and my family immigrated to Canada in 1988. The first thing my older sister, Sandra, did when we got here was plop me down in front of an old black and white television and tuned the station to PBS so I could watch Sesame Street. She was adamant that I learn English as soon as possible, and Sesame Street really helped with that.

I was always a goofy kid. I loved acting out scenes in movies, coming up with funny characters, doing impressions, and I had a passion for art and drawing. In the 8th grade (or grade 8 as it’s known in Canada), I was informed that the local College was offering an animation program, and it struck me that I could combine all these interests and goofy habits into a possible career! So, I went on to eventually graduate from said program and moved to Toronto in 2008, landing my first job as an animator at 9Story Media Group. From there, I was able to work on lots of exciting projects from preschool to adult for a number of different studios, eventually ending up in my current role as Animation Director!

I grew up on a mix of wholesome learning from shows like Sesame Street and Mister Rogers’ Neighborhood, mixed with a heaping dose of action from shows like Masters of the Universe and my ultimate favorite, Teenage Mutant Ninja Turtles. I was obsessed with those funny, cool, half-shelled dudes! When I got a bit older (not by much), I was really molded by The Simpsons. Specifically seasons 1-10, which I consider some of the best television ever made!

As the Animation Director on Daniel Tiger’s Neighborhood, my job is to push the quality of animation and the acting/emotional delivery that the characters on screen share with the home viewer. I work very closely alongside the series director, Tammy Langton, to make sure we’re delivering the best visual examples of the story points and pushing the acting far enough. I get to work with a big team of extremely talented animators, supervisors, and artists in a fun, collaborative environment. We’re always striving for better, and not to spoil anything…but this new upcoming season of DTN, we’ve really raised the bar and can’t wait to share it with everyone!

I’ve been on the show since the pilot episode, so this is a tricky question! I will say, my favorite type of episode is when we push the envelope and tackle a more emotional issue. The COVID special that we did comes to mind, as well as “Daniel’s Fish Dies” as it was a very impactful episode. I actually lost a pet while working on it, so it always resonated with me. I’m also extremely proud of what we made with the new DTN movie that just aired, “Daniel Visits a New Neighborhood.” We worked really hard on it and pushed the style and look so much that I think we really made something special!

I love going for hikes in nature, and over the last few years I’ve gotten really into mountain biking! But lately, my wife Samantha and I have been prepping the house (and our lives) for the delivery of our daughter who is due in mid-July! We’re stepping into parenthood for the first time. It’s been exciting, scary, and emotional already. It’s nice to know that I have an entire library of Daniel episodes to help us navigate raising our little lady. We’re both so excited to meet her!