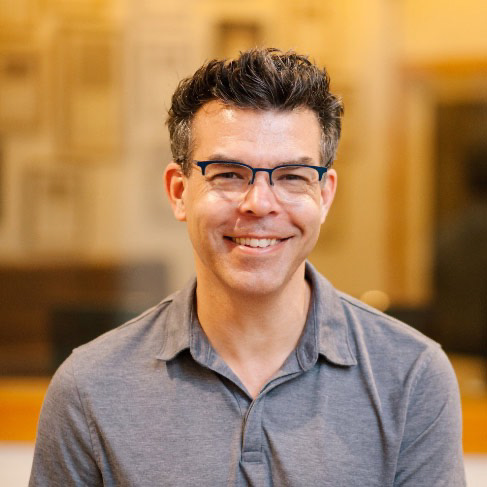 Get to know Paul Buckley, Music Composer for Odd Squad, our Odd-some series on PBS KIDS created in partnership with Sinking Ship Entertainment.

Tell us about yourself and how your career led you to work in children's television.

In fact, Odd Squad started it all. I was mostly doing music for sitcoms and other grown-up things before that. I became friends with (series creator and executive producer) Tim McKeon, and he invited me to do music for the Odd Squad pilot, based on the fact that I said, “Hey Tim, I do music for TV.” He's a pretty trusting guy. I'll go out on a limb and say I don't think he regrets it.

I was definitely a PBS kid. There's a ton of Sesame Street, Mister Rogers' Neighborhood, The Electric Company, and Villa Alegre rattling around in my head to this day. Joe Raposo (Sesame Street) and Fred Rogers and Johnny Costa (Mister Rogers' Neighborhood) totally broke the mold when it came to music for kids' TV. Kids are more sophisticated listeners than people think, and those composers never underestimated them.

Describe your role on Odd Squad.

I write the music. There are one or two great bits of music that I didn't write, like the Delivery Debbie jingle (I love that one!), but every other time you hear music on the show, it came from me. Sometimes when a script is a little short, Tim will call me and say, “How about we just put a song in there?” That's where “Potato Song” came from, I think.

I don't know if this counts as an episode, but my hands-down favorite is Odd Squad: The Movie. I got to do a big score for that, along with a couple of Soundcheck songs and some other fun stuff. Plus, it's a good movie!

In terms of regular episodes, I'd probably go with “Training Day.”

What do you like to do when you're not working?

I like to read, hang with my wife and kids, and visit out-of-town family when I can. I like to build things, so sometimes I'll tackle some home improvement. What I need to get better at is doing nothing. I have a long way to go on that one.