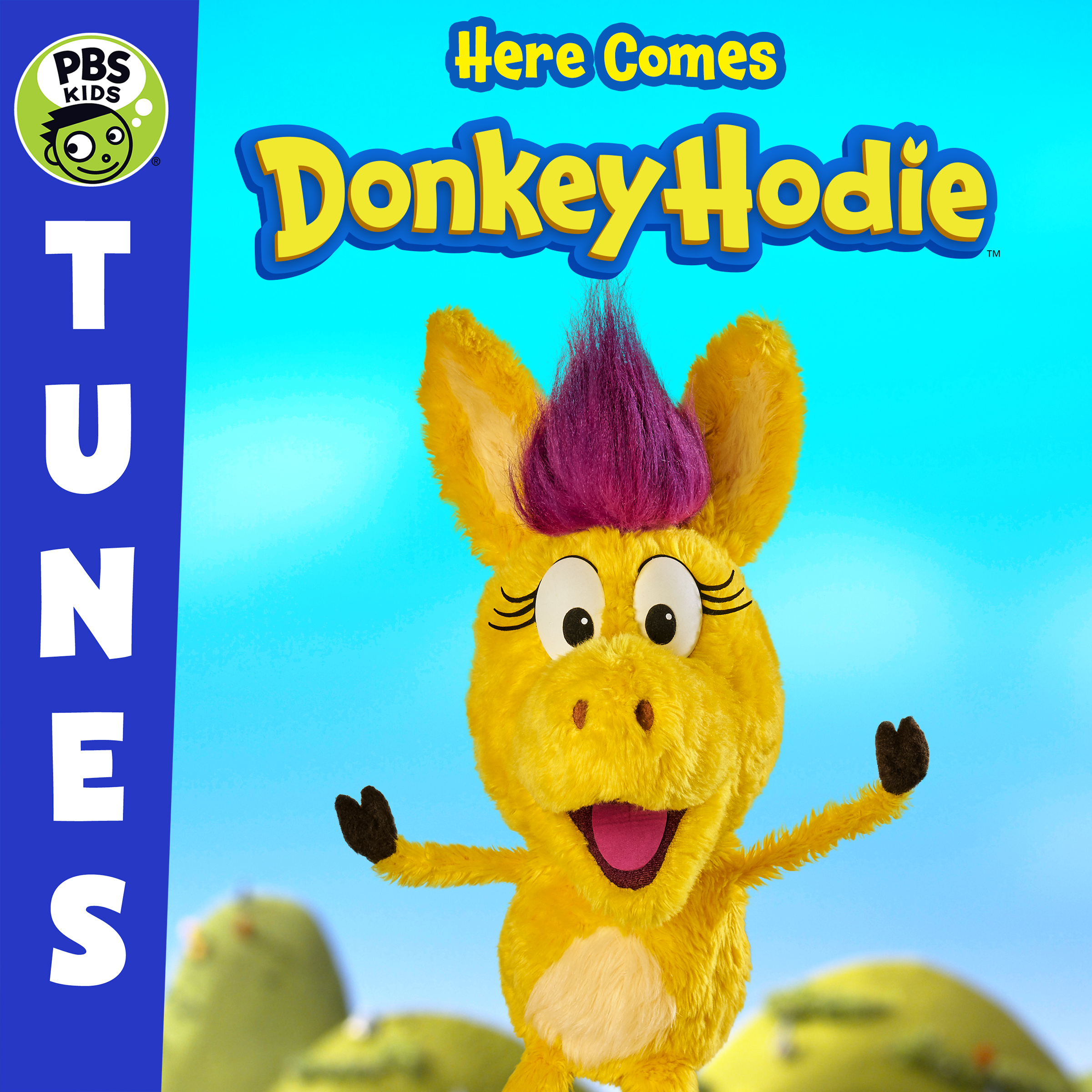 Pittsburgh, PA, March 16, 2022 – Fred Rogers Productions, the award-winning children’s educational media organization behind Emmy®-winning PBS KIDS series, including Daniel Tiger’s Neighborhood, has partnered with Warner Music Group’s Arts Music division to release the music from Donkey Hodie, the hit preschool series on PBS KIDS. The series is inspired by the funny, quirky side of children’s television pioneer Fred Rogers and showcases reimagined music and characters from the beloved Mister Rogers’ Neighborhood. “Here Comes Donkey Hodie” will be available on all digital platforms on April 8. The new release is available for presave now and will be available to pre-order starting March 18 with two songs, “Donkey Hodie (Theme Song)” and “You’ve Got to Do It,” also available to stream on March 18. Series music director, Grammy®, Emmy® and Tony® Award-winning composer Bill Sherman (In the Heights, Hamilton, Sesame Street), produced the album.

“We are very excited to bring the joyful music of Donkey Hodie to kids and families everywhere,” said Matt Shiels, Vice President of Business and Legal Affairs, Fred Rogers Productions. “Warner Music Group’s Arts Music division and Bill Sherman have been instrumental in helping to reinforce the can-do spirit of the series while furthering the music and positive messages of Fred Rogers for today’s generation of young listeners.”

“There is so much to love about these songs and so much love in them. Not only do they encourage kids to be persistent, curious, and creative, but they sound amazing and are full of joy,” said Andrea Craig, Senior Vice President, Warner Music Group’s Arts Music division. “Donkey Hodie songs are really for all of us who try every day to do hard things, and grown-ups will love them, too. It’s a privilege to work alongside the team at Fred Rogers Productions to bring them to the world.”

“Donkey Hodie prioritizes music as an integral part of the series’ storytelling, just as Fred Rogers did in Mister Rogers’ Neighborhood. It is an honor to build upon his legacy and to have the opportunity to incorporate new ideas, voices, and a variety of musical genres to create a seamless sound that is distinctly ours,” said Sherman. “I am thrilled to collaborate with Fred Rogers Productions and Warner Music Group’s Arts Music division to make the music of Donkey Hodie available to kids everywhere.”

The new album features 16 tracks, including the series theme song as well as three original Fred Rogers songs from Mister Rogers’ Neighborhood – “You’ve Got to Do It,” “Today is New,” and “I Like to Take My Time” – with new compositions and arrangements by Sherman for Donkey Hodie. Adam Rudman and David Rudman, Co-Founders of Spiffy Pictures, which produces Donkey Hodie with Fred Rogers Productions, also penned the lyrics to several songs, including “Let’s Imagine” and “Art Show Today” (David Rudman) and “Feeling Groovy” (Adam Rudman). Numbers on the album are performed by the cast of the series including Haley Jenkins (Donkey Hodie), Frankie Cordero (Purple Panda), Stephanie D’Abruzzo (Duck Duck, Harriett Elizabeth Cow), and David Rudman (Bob Dog, Grampy Hodie).

The news of the album coincides with the rollout of new Donkey Hodie episodes, premiering every Friday in March on PBS KIDS and featuring a song from the new release.

“Here Comes Donkey Hodie” was produced by Sherman, and all songs were mixed by Tyler Hartman, except the Donkey Hodie theme song, which was mixed by Greg Wells. The album was mastered by Matthew Agoglia of The Ranch Mastering, NY.

Donkey Hodie is an imaginative puppet series following the adventures of Donkey Hodie, an enthusiastic and charming go-getter who takes on each day with curiosity and resilience, and her pals Purple Panda, Duck Duck, and Bob Dog. Set in the whimsical land of Someplace Else, the social-emotional series is designed to empower children ages 3-5 to dream big and overcome obstacles in their own lives, to work hard and persevere in the face of failure, to be resourceful and discover they can solve problems on their own—and to laugh themselves silly along the way. Donkey Hodie is produced by Fred Rogers Productions and Spiffy Pictures. The series is created by Adam Rudman and David Rudman of Spiffy Pictures and developed by Ellen Doherty, Chief Creative Officer of Fred Rogers Productions. Executive Producers are Doherty, Adam Rudman, and David Rudman.

About Fred Rogers Productions
Fred Rogers Productions was founded by Fred Rogers in 1971 as the non-profit producer of Mister Rogers’ Neighborhood for PBS. In the years that followed, it created hundreds of episodes of this much-loved program and extended Fred’s values and approach to other efforts in promoting children’s social, emotional, and behavioral health while supporting parents, caregivers, teachers, and other professionals in their work with children. Fred Rogers Productions continues to build on Fred’s legacy in innovative ways through a wide variety of media and engages new generations of children and families with his timeless wisdom. The company’s highly-rated children’s series, including Daniel Tiger’s Neighborhood, Peg + Cat, Odd Squad, and Through the Woods, have earned 30 Emmy® Awards among other important honors. Newly launched in 2021 on PBS KIDS is Donkey Hodie, the innovative puppet series inspired by characters from Mister Rogers’ Neighborhood; and most recently Alma’s Way, an animated series created by Sonia Manzano, known to generations of children and adults as “Maria” on Sesame Street. For more information, visit www.fredrogers.org or follow us on Twitter, Facebook, Instagram, and LinkedIn.
# # #