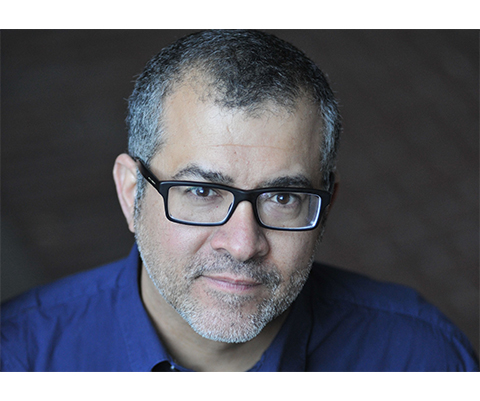 Get to know Jorge Aguirre, Head Writer for our newest series, Alma's Way.

Tell us about yourself and how you came to write children's television shows as your career.

I've had a very zig-zaggy path to get to where I am. I did some law school; did some accounting on feature films; I've been a personal assistant to an Oscar-winning film director, and many more gigs. The one constant in my life has been that I'm always writing stories. Always. Through a series of accidents and “luck favors the prepared, “I met the head writer of Nick Jr.’s Go, Diego, Go, and she hired me and taught me a lot. I discovered I loved writing for kids, and I've been doing it ever since.

Like a lot of kids from the 70s and 80s, my parents let me watch way, way, waaay too much TV. The Brady Bunch, Gilligan's Island, Battlestar Galactica, Greatest American Hero, and on and on. In the 70s, I loved going to the backyard and screaming, "Hey you guuuuuys!" like Rita Moreno used to do at the opening of The Electric Company. And of course, Sesame Street, Mister Rogers' Neighborhood, and Captain Kangaroo were in heavy rotation in my house.

For the record, my favorite show of all time for all ages is Avatar: The Last Airbender. The characters, world-building, and story are incredibly rich.

What are the steps that go into writing an episode of Alma's Way?

Everything on Alma's Way begins with the story. We either come up with stories in-house, or we ask freelance writers for ideas. Once we find a story we love, it gets developed from idea to script. We have educational consultants, cultural consultants, and specialists who advise us, so we incorporate their guidance as the story develops.

Without giving away any spoilers, what is your favorite episode of Alma's Way?

“Junior's Lost Tooth” is my favorite episode for a few different reasons, and I promise it's not because I wrote it. I can't take credit for the original idea. It was Sonia Manzano's idea, and I remember talking to Sonia and Ellen Doherty (FRP’s Chief Creative Officer and series’ executive producer) about this story nugget long before the show was ever a show. It's one of the earliest story ideas we discussed, which is why it has a fond spot in my heart. The episode features all of Alma's extended family. I really enjoyed writing it.

What do you like to do when you are not working on the show?

I write graphic novels when I'm not working on TV. I have a series called the Chronicles of Claudette. I get a lot of joy out of telling stories.

What is something you love about the series that you want to make sure people notice?

We try hard to tell real stories about real characters in a real world for real kids to watch and give them real tools to use in their real lives. Real, real, real! That's our mantra!

Alma’s Way is coming to PBS KIDS later this year.