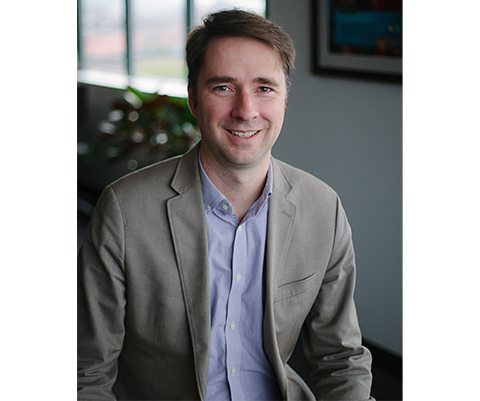 Fred Rogers Productions, the nonprofit children’s entertainment producer behind the Emmy® Award-winning PBS KIDS series Daniel Tiger’s Neighborhood, Odd Squad, and Peg + Cat, along with the just-launched Donkey Hodie and upcoming Alma’s Way, has promoted Matthew Shiels from Director to Vice President of Business and Legal Affairs. In addition to his various legal responsibilities, Shiels will now oversee licensing for the company and its popular brands. He reports directly to COO Christopher Arnold.

“Matt is a valued member of our senior executive team,” said Arnold. “He has formed and strengthened relationships with our partners while shaping and implementing our strategic vision for international distribution, licensing, and merchandising. Most importantly, Matt models our core values of thoughtfulness, respect, and dedication to his craft. ”

“I feel privileged to work with such a talented and dedicated team who is committed to advancing our mission of providing quality, meaningful content for children and their families around the world,” said Shiels.

Shiels joined Fred Rogers Productions in 2017. He advises the company on general corporate matters and is responsible for agreements covering program development, production and distribution, merchandise licensing, intellectual property, copyright and trademarks, and the administration of an extensive music library.

Previously, Shiels handled a broad range of legal services, such as patent and trademark counseling and litigation services, for the Pittsburgh-based law firm Reed Smith LLP. Before that, he was a partner at Kirkland & Ellis, LLC in Chicago.

Fred Rogers Productions was founded by Fred Rogers in 1971 as the non-profit producer of Mister Rogers’ Neighborhood for PBS. In the years that followed, it created hundreds of episodes of this much-loved program and extended Fred’s values and approach to other efforts in promoting children’s social, emotional, and behavioral health while supporting parents, caregivers, teachers, and other professionals in their work with children. Fred Rogers Productions continues to build on Fred’s legacy in innovative ways through a wide variety of media and engages new generations of children and families with his timeless wisdom. The company’s highly-rated children’s series, including Daniel Tiger’s Neighborhood, Peg + Cat, Odd Squad, and Through the Woods, have earned 28 Emmy® Awards among other important honors. Newly launched in 2021 on PBS KIDS is Donkey Hodie, the innovative puppet series inspired by characters from Mister Rogers’ Neighborhood; and coming this fall is Alma’s Way, an animated series created by Sonia Manzano, known to generations of children and adults as “Maria” on Sesame Street. For more information, visit www.fredrogers.org or follow us on Twitter, Facebook, Instagram, and LinkedIn.