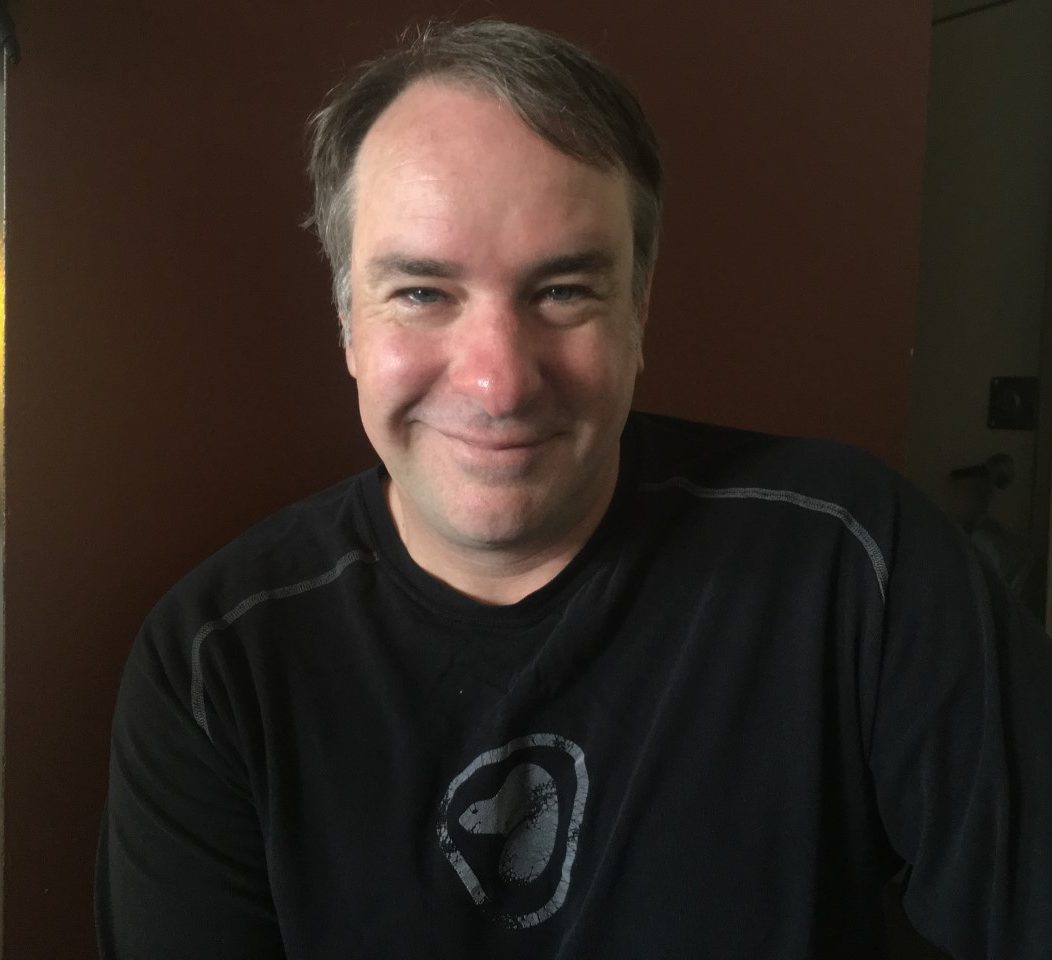 Get to know Geordie Telfer, In-house Writer of interactive content for Odd Squad.

Can you share a little bit about yourself and what led you to work on children’s television shows?

I've always loved to pretend, so in my teens I went to acting school to pretend for as many hours out of the day as I could. We also did a lot of children's theater, and I wound up teaching acting to kids. After that, I went to university for radio and TV, and my first job out of school was working on a kids’ website. The upshot is that I’m drawn to the silliness, fun, and imagination of kids’ TV and interactive.

Oh gosh. Anything with one or all of the following: superheroes, spaceships, robots, disguises, and lasers. When I was really small, my favorite shows were Sesame Street and Canada’s version of Mister Rogers’ Neighborhood, which was Mr. Dressup. Years later, I found out that Fred Rogers and Mr. Dressup (Ernie Coombs) were friends from when they worked on different children’s shows in the U.S. and Canada.

What are the steps that go into your role on Odd Squad?

I write instructions and voice-over (VO) for our games. Being happily immersed in the Odd Squad story world helps me hear the voices of whichever characters are in the game. Directing our amazing actors in their VO session for interactive is tons of fun and lets me get back to my roots as an acting teacher. But it has certainly been a challenge since the pandemic started.

The other fun thing is that everyone on the team contributes ideas to the game. Usually I’ve seen rough-cuts of all the episodes and can suggest new villains or oddness that might make a game a bit “Odd Squad-ier.” One of our recent virtual meetings revolved around whether a game-level was going to end with a swirling inter-dimensional vortex or merely a giant robot.

I really love how big the Odd Squad universe is. Two of my favorite episodes are “Best Seats in the House” and “Hands On An Office Chair.” In both of these, Ms. O is in the middle of amazing missions that mostly happen off-screen. We find out she has her own tube entrance in her office and see her putting on scuba gear and sky-diving equipment, but we only see tiny moments of the actual missions, which are all fantastic. I love these episodes because we get wonderful hints at the story we’re not seeing, and the rest of it is left to our imaginations.

I read a fair bit and also noodle around on guitar and ukulele—in short anything that reduces the amount of time I spend looking at glowing screens (my eyes just can’t take it any more). I’ve also started showing my 12-year-old how to use hand-tools, so every couple of weeks we try to bash together something made out of wood scraps.