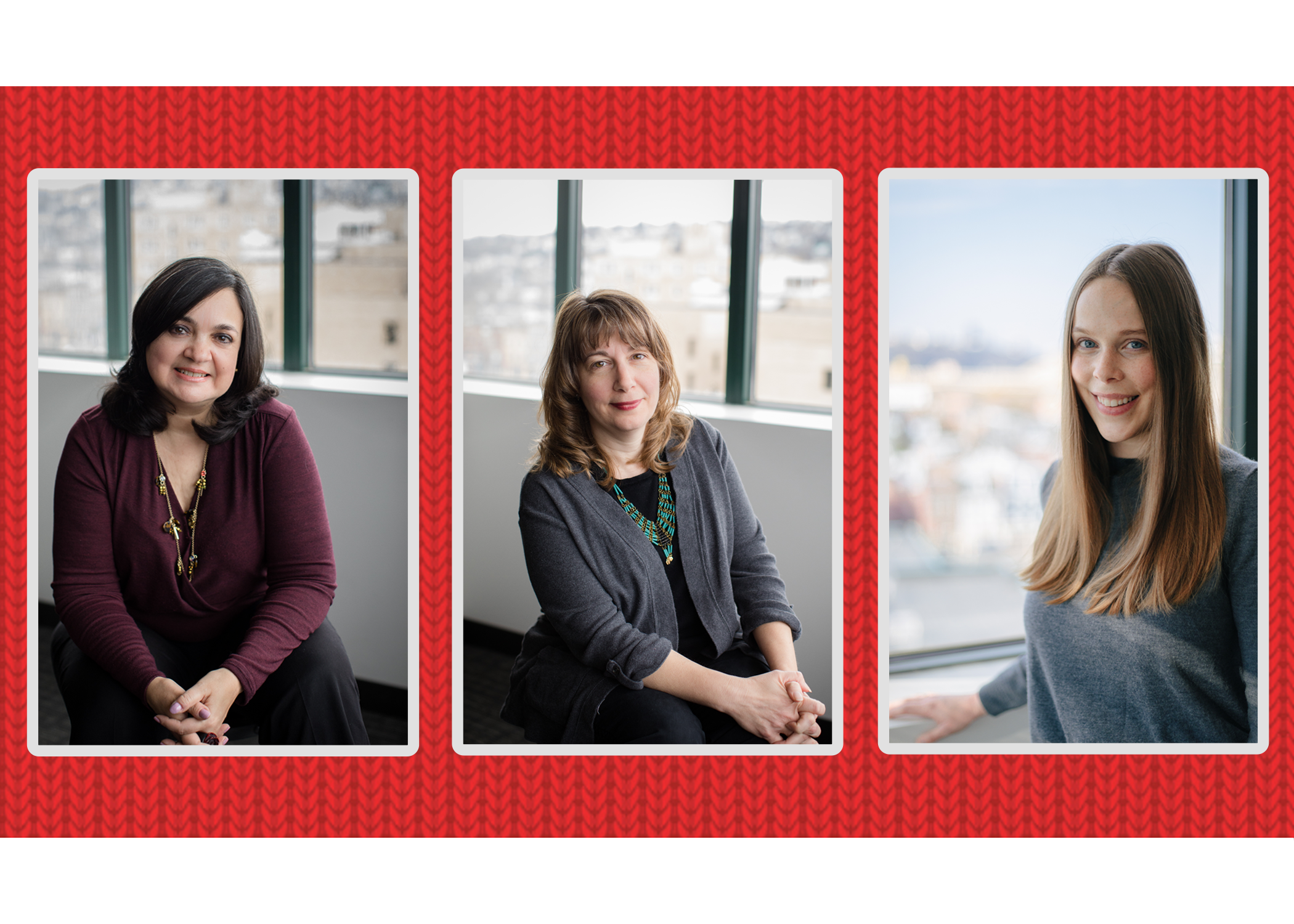 Pittsburgh, PA, May 19, 2021 – Fred Rogers Productions, the nonprofit children’s entertainment producer behind the Emmy® Award-winning PBS KIDS series Daniel Tiger’s Neighborhood, Odd Squad, and Peg + Cat, along with the just-launched Donkey Hodie and upcoming Alma’s Way, is augmenting its marketing and engagement team with the promotion of two company executives and the addition of a new member. The company has elevated Suzanne Masri to Vice President of Marketing, Communications & Engagement, and promoted Brittany Smith to Director of Community Engagement. In addition, Christina Gorski has newly joined Fred Rogers Productions as Associate Director of Marketing.

“We are so fortunate to have such talented professionals to help guide and support our growth at this exciting time as we launch two new series, Donkey Hodie and Alma’s Way,” said President and CEO Paul Siefken. “Suzanne and Brittany’s leadership has been vital in bringing our mission beyond broadcast. And I’m very pleased to welcome Christina, who has quickly become a valuable member of our marketing team.”

Masri joined Fred Rogers Productions in 2015 and oversees marketing, branding, publicity, and engagement efforts for the company’s portfolio of quality children’s series and brands. During her tenure, she has spearheaded the company’s rebrand to Fred Rogers Productions as well as the implementation of its new creative direction, led the 50th anniversary celebration of Mister Rogers’ Neighborhood, and helped develop and oversee impactful experiential campaigns for the company’s celebrated series, Daniel Tiger’s Neighborhood, Peg + Cat, and Odd Squad.

Smith, who joined Fred Rogers Productions in 1994, oversees outreach and engagement efforts aimed at igniting curiosity in young learners. She works closely with PBS stations and community groups across the nation, developing resources and events such as Be My Neighbor Days, which has included more than 150 free events with 53 different public television stations in 62 markets since its inception in 2015. Smith works to foster partnerships with like-minded organizations to build and facilitate engagement opportunities that utilize content inspired by the company’s series. Before joining Fred Rogers Productions, Smith worked in early childhood education and media.

The newest member of the team, Gorski manages marketing, branding, and publicity efforts across the Fred Rogers Productions catalog. Previously, she directed publicity campaigns for primetime programming at Fox Broadcasting Company and NBC

Entertainment in New York. She built and executed successful strategies for acclaimed series such as New Amsterdam, Blindspot, and Bob’s Burgers, as well as working on fan-favorite, unscripted programming, including The Tonight Show Starring Jimmy Fallon, The Red Nose Day Special, and Christmas in Rockefeller Center.

About Fred Rogers Productions
Fred Rogers Productions was founded by Fred Rogers in 1971 as the non-profit producer of Mister Rogers’ Neighborhood for PBS. In the years that followed, it created hundreds of episodes of this much-loved program and extended Fred’s values and approach to other efforts in promoting children’s social, emotional, and behavioral health while supporting parents, caregivers, teachers, and other professionals in their work with children. Fred Rogers Productions continues to build on Fred’s legacy in innovative ways through a wide variety of media and engages new generations of children and families with his timeless wisdom. The company’s highly-rated children’s series, including Daniel Tiger’s Neighborhood, Peg + Cat, Odd Squad, and Through the Woods, have earned 28 Emmy® Awards among other important honors. Launching in 2021 on PBS KIDS are Donkey Hodie, the eagerly-anticipated puppet series, inspired by the character from Mister Rogers’ Neighborhood; and Alma’s Way, an animated series created by Sonia Manzano, known to generations of children and adults as “Maria” on Sesame Street. For more information, visit www.fredrogers.org or follow us on Twitter, Facebook, Instagram, and LinkedIn.