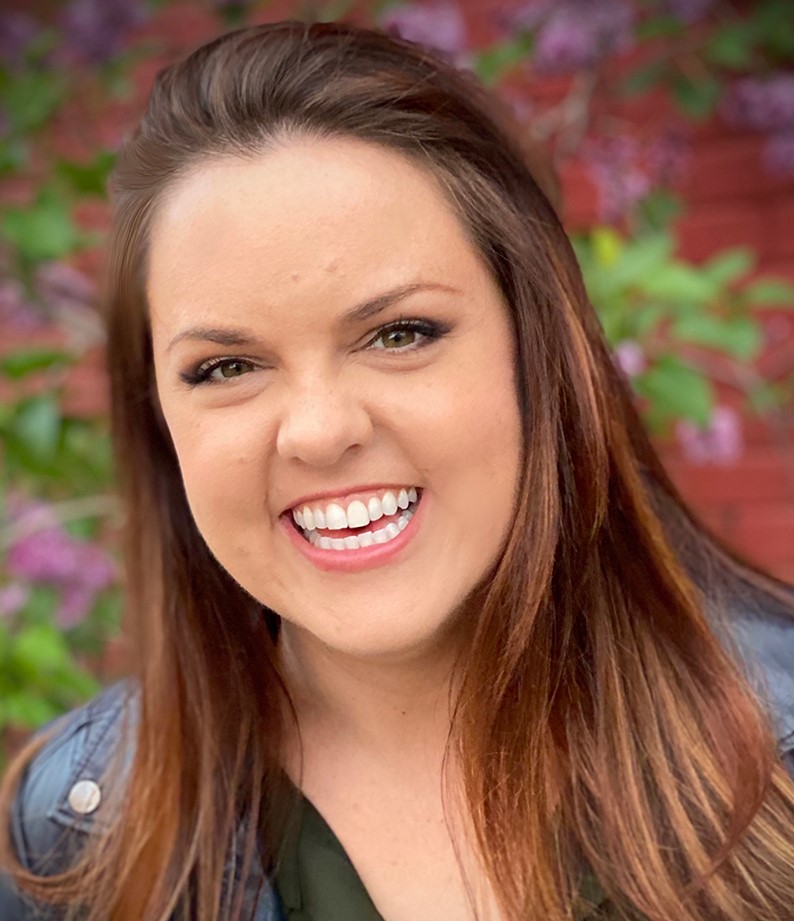 Can you share a little bit about yourself and what led you to work as a puppeteer?

Love to! Growing up in Matthews, North Carolina, I didn’t have a clue that I was going to be a puppeteer. I didn’t even know that it was a career choice! I just knew that I spent all of my allowance on puppets, and every stuffed animal had feelings and a voice and came to life the second I left the room. It wasn’t until I was attending the Disney College Program in Florida that I had my first puppeteering job as Flounder in the Voyage of the Little Mermaid stage show. I was hooked! (No pun intended.)

It was a toss-up between Lamb Chop’s Play-Along and Mister Rogers’ Neighborhood. I still remember sitting in front of the TV with my family while Shari Lewis taught us how to fold a dollar bill into a fish. We can still do it! Mister Rogers’ Neighborhood holds such a special place in my heart, too. I loved that moment when the camera would follow Trolley into the tunnel. I always wanted to know what happened in that dark space between the time that the trolley disappeared into the tunnel to its arrival in the Neighborhood of Make Believe. Now I know, and spoilers, it’s magic!

What’s one of your favorite–or most unexpected–things about playing Donkey Hodie so far? Could also be a favorite moment or episode. (Include as many as you’d like!)

I got to ride a giant Potato-Pirate Ship for an entire episode, which was incredibly fun and unexpected! When I read the script for that episode, I assumed that the characters would be standing behind a flat potato/ship set piece, but our amazing art department actually built a potato-shaped pirate ship that rolled around the set! I never knew you could get seasick from riding a potato. Turns out, you can.

How are you like Donkey, and how are you different?

Donkey’s biggest priorities are fun and friendship, and I hope that, like Donkey, I’m a good friend. My friends, my family, my husband, they all mean everything to me, and I’m happiest when I’ve made them my priority. Unlike Donkey, I’m not much of a morning person.

Art! I really enjoy sculpting and wood burning.  I’m very fidgety, and having something to mold in my hands makes me feel both hyper-focused and relaxed. I’m also a huge lover of pigeons! They are smart, sweet, ridiculously uncoordinated little birds. I’ve spent some time volunteering for a wildlife rehab center in NYC, the Wild Bird Fund, where I’ve worked with pigeons close up, and they truly are sweet creatures. Rehabbers lovingly refer to them as the “dogs of the bird world” because they just want to be pet!

What is your favorite nod/Easter egg to Mister Rogers’ Neighborhood in the new series?

My favorite Easter egg is definitely the fish tank in Donkey’s windmill! The moment in every Mister Rogers’ Neighborhood episode where he sprinkles fish food into the tank is so simple and beautiful. No matter what’s going on in your day, you still have to take care of those who need you. You gotta feed the fish!

You went to college in Pittsburgh! You also worked on the Tom Hanks film, A Beautiful Day in the Neighborhood, which was filmed here. Can you share one of your favorite Pittsburgh stories or favorite things to do in Pittsburgh?

First things first, you need to go to Pamela’s Diner and get the crêpe pancakes. When I was working on It’s a Beautiful Day in the Neighborhood, every morning the puppeteers would walk to the Pamela’s near the Heinz Museum and get those pancakes. They are life changing. A perfect day in Pittsburgh wouldn’t be complete without a trip to the Cathedral of Learning for a tour of the Nationality Rooms. These rooms are all working classrooms, each designed to represent all the different nationalities that settled in the Pittsburgh area, and are all funded and designed by the nation represented. My personal favorite is the Syria-Lebanon room. It’s beautiful!