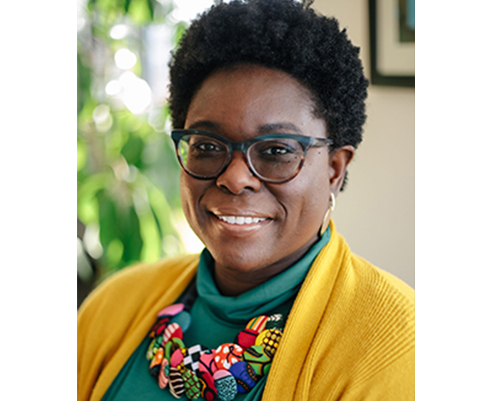 Mia will serve as Supervising Producer of the newly-announced series, Alma's Way.

Fred Rogers Productions is thrilled to announce that Olubunmi Mia Olufemi has joined the company as Supervising Producer for Alma's Way, the new PBS KIDS series created by Sonia Manzano and produced by Fred Rogers Productions, set to debut in Fall 2021. Mia is responsible for overseeing all phases of production, serving as the company’s liaison with the animation studio and broadcaster. Additionally, she coordinates the creation of series assets for marketing and licensing efforts, among other duties.

Alma's Way is created by actor and writer, Sonia Manzano, who positively impacted the lives of generations as “Maria” on Sesame Street, breaking new ground as one of the first Latino characters on national television, for which she received an Emmy Lifetime Achievement Award in 2016. Alma's Way gives children ages 4-6 the power to find their own answers to their problems, express what they think and feel, and recognize and respect the unique perspective of others.

Mia started her career in children’s television at WGBH (now known as GBH) Educational Foundation, where she worked on acclaimed children’s properties including Arthur, Curious George, Martha Speaks, and Design Squad Global. Most recently, she was the producer of Molly of Denali, the Peabody Award-winning PBS KIDS show.

Her work is devoted to building inclusive productions, on screen and behind the scenes, that authentically celebrate and highlight under-represented populations, particularly minorities and immigrant cultures. For Alma’s Way, she has worked to create spaces to uplift these new voices in children’s media. Mia received her M.A. in Writing, Literature, and Publishing from Emerson College.