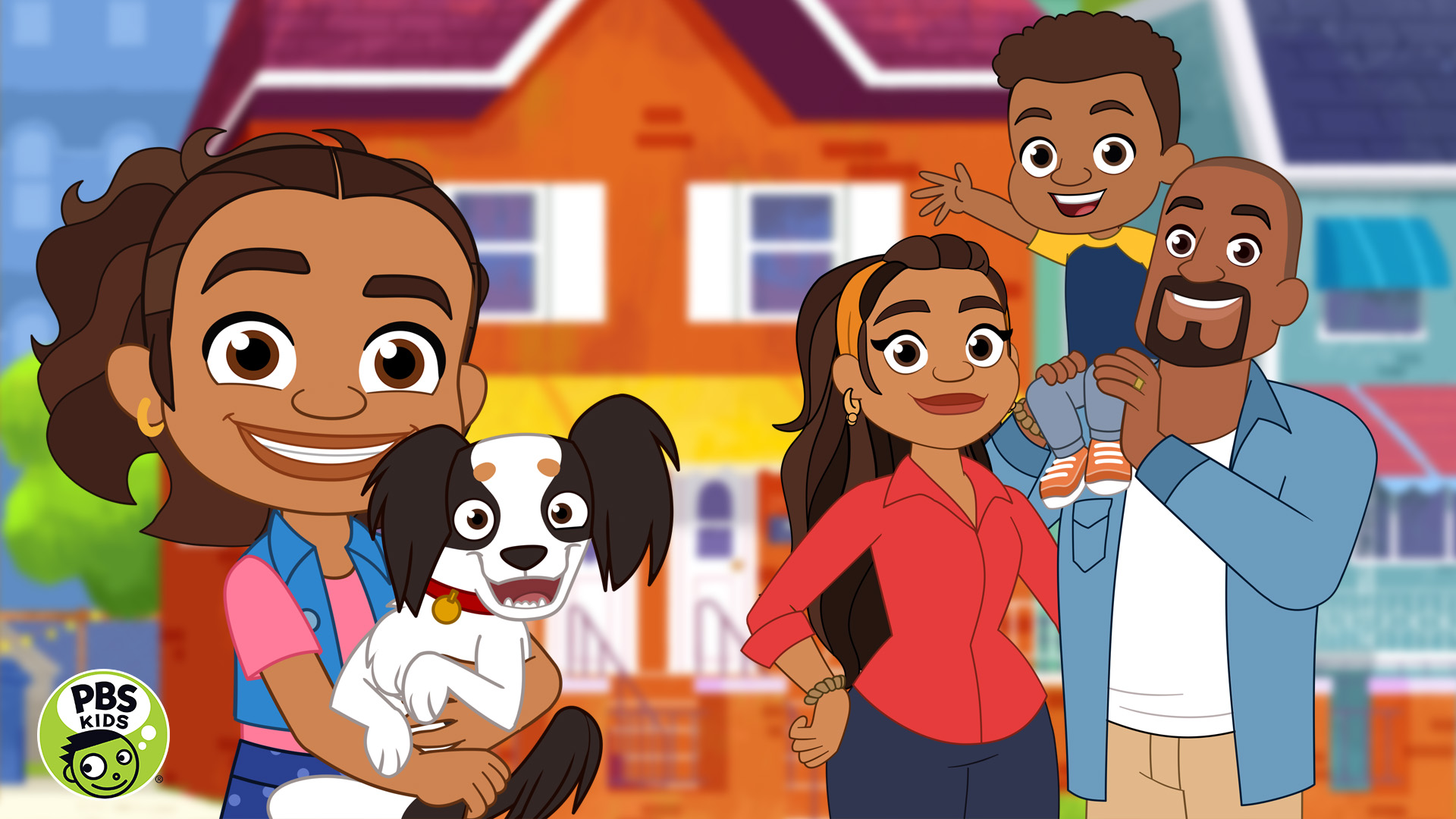 Alma's Way, the new animated series, was created by Sonia Manzano and is produced by Fred Rogers Productions. It is coming to PBS KIDS in 2021.

Sinking Ship Entertainment is thrilled to announce it has acquired global distribution rights outside the U.S. to Alma’s Way, the groundbreaking new animated series produced by Fred Rogers Productions. The series was created for PBS KIDS by actor and writer, Sonia Manzano, who impacted the lives of generations of children as “Maria” on Sesame Street. Aimed at viewers ages 4-6, Alma’s Way follows 6-year-old Alma Rivera, a proud, confident Puerto Rican girl, who lives in the Bronx with her parents and younger brother, Junior, as well as a diverse group of close-knit and loving friends, family, and community members. Each episode models self-awareness, responsible decision-making, and empathy, while encouraging kids to generate and value their own ideas and questions.

“We are delighted to be the international distribution partner on this series, and to be once again working with the Fred Rogers Productions team,” said Kate Sanagan, Head of Sales and Distribution, Sinking Ship Entertainment. “From the first time we saw the materials for this show, we fell in love with Alma, her sense of confidence and optimism. We are looking forward to bringing this beautiful new series about decision-making and problem-solving to our global buyers.”

“We are very excited to be partnering with Sinking Ship to bring Alma’s Way to audiences all around the world,” said Paul Siefken, President and CEO, Fred Rogers Productions. “While the series is set in New York City, its focus on the importance of family, culture, and community will resonate with young viewers no matter where they live.”

Currently in production are 40 half-hour episodes showcasing different aspects of Latino culture through music, food, language, and more. Alma’s Way is slated to debut fall 2021 in the U.S. on PBS KIDS and will be available to international buyers soon after.

About Fred Rogers Productions
Fred Rogers Productions was founded by Fred Rogers in 1971 as the non-profit producer of Mister Rogers’ Neighborhood for PBS. In the years that followed, it created hundreds of episodes of this much-loved program and extended Fred’s values and approach to other efforts in promoting children’s social, emotional, and behavioral health while supporting parents, caregivers, teachers, and other professionals in their work with children. Fred Rogers Productions continues to build on Fred’s legacy in innovative ways through a wide variety of media and engages new generations of children and families with his timeless wisdom. The company’s highly-rated children’s series, including Daniel Tiger’s Neighborhood, Peg + Cat, Odd Squad, and Through the Woods, have earned 28 Emmy Awards among other important honors. Launching in 2021 on PBS KIDS are Donkey Hodie, the eagerly-anticipated puppet series, inspired by the character from Mister Rogers’ Neighborhood; and Alma’s Way, an animated series created by Sonia Manzano, known to generations of children and adults as “Maria” on Sesame Street. For more information, visit www.fredrogers.org or follow us on Twitter, Facebook, Instagram, and LinkedIn.

About Sinking Ship Entertainment
Sinking Ship Entertainment is an award-winning production, distribution and interactive company specializing in family and kids’ live action and CGI blended content. Since opening its doors in 2004, Sinking Ship has produced over 500 hours of content, and through their globally recognized in-house distribution division, has sold to over 200 countries internationally. The company has rapidly earned a global reputation for high quality, groundbreaking original series and companion interactive experiences. Overall, Sinking Ship has won 21 Daytime Emmy® Awards and a variety of other international awards including Canadian Screen Awards, Youth Media Alliance Awards, Fan Chile Awards, Parents’ Choice Awards, the Shaw Rocket Prize, and the Prix Jeunesse International. In addition to production, Sinking Ship operates a cutting edge VFX and Interactive Studio, creating multi-platform digital experiences and interactive content for audiences around the world. The Toronto-based company is home to over 175 shipmates.