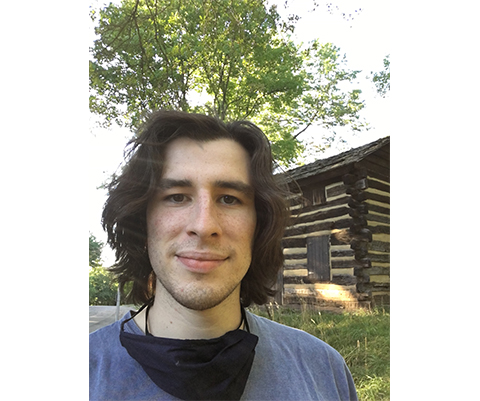 Tell us a little bit about yourself and what led you to work on children’s television shows.

I have always created stories and wanted to turn them into shows and cartoons. While growing up, I would get my neighbors to make shows with me inspired by everything from The Amanda Show to James Bond. Before joining the FRP team, I produced all types of digital media for an educational nonprofit. They asked me to take over as educator for an afterschool classroom of kindergarten and first graders. I was hesitant at first, but I ended up having tons of fun drawing, making crafts, playing games, and watching the kids grow over the course of two years. Their growth inspired me to learn more about childhood development and begin creating stories that help kids grow and ignite their curiosity for the world.

There isn’t one particular show I can think of, but Arthur was on every morning in my house while I ate cereal before school. If I woke up early enough, I would catch the last half of Mister Rogers’ Neighborhood, too. I watched any cartoon I could find on TV or at video rental stores, so I found some animation gems from before my time like Scooby Doo Where are You? and The Adventures of Rocky and Bullwinkle.

What are the steps that go into your role for an episode of Donkey Hodie?

I manage communications between all the awesome teams that create Donkey Hodie. There are so many creative people working on the show, but because we’re each based in different parts of the country, it can be difficult to make the show right now. I do what I can to keep everyone on the same page (literally, because I keep track of all our hilarious scripts!). There are new opportunities for me on the show every week because Donkey Hodie is still growing while we get closer and closer to its release.

What are you excited for families to experience with Donkey Hodie?

Donkey Hodie is unlike any other puppet show I’ve seen, and I quickly fell in love when I first dove into the world through my work. It has the same type of goofy humor and characters that I love in everything else I watch, but Donkey Hodie’s soundtrack is where it really shines.

I like to run or bike or hike whenever I get the chance. It’s been a great way to explore Pittsburgh and feel like I’m going on real adventures. If I’m stuck inside while not working on the show, I’m probably watching different TV shows, or reading and writing. I also like to try out new hobbies; right now, I’m obsessed with chess and learning the piano.

Since we just celebrated Thanksgiving, what is your ideal holiday meal?

I’m convinced you can have a full Thanksgiving meal of only root vegetable dishes, because there is a MASSIVE variety of root vegetables. My favorite part of my family’s Thanksgiving table is always the mashed sweet potatoes topped with cinnamon-sugar and pecans.

Donkey Hodie, which is produced by Fred Rogers Productions and Spiffy Pictures, is coming to PBS KIDS in 2021.