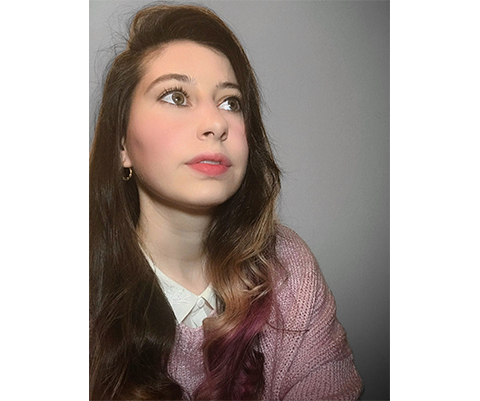 Get to know Ashley Gennuso, a costume builder and milliner on Odd Squad.

Tell us a little bit about yourself and how you came to build costumes for children’s television shows as a career.

Theatre and films have always been in my life. Growing up, I loved to watch classic movies, and for my birthday, my parents would always take me to see a live show. Leading to the Phantom of the Opera being the soundtrack of my youth, as funny as that is. Raised in a creative environment with my mom being a sewer/crafter and my dad always doing something to the house, it was only natural that I chose to become a seamstress in the theatrical world.

I obtained Fanshawe College’s Fashion Design advanced diploma and then a Costume Studies graduate studies certificate to hone my skills. I was lucky enough to get a work placement at the Stratford Festival. From there, I spent two seasons at The Shaw Festival as a milliner’s assistant, which made me further fall in love with hat making. Over the following years, I transitioned to Toronto theatre. I’ve worked on productions for Young Peoples’ Theatre, The Christmas Panto, and The National Ballet. Last year, I was invited to work for designer Christine Toye as a seamstress for Odd Squad Mobile Unit.

This is my second season on the show. It has been such an incredible experience. Children's shows are always colorful and fun, and Odd Squad is no exception. The amazing villains’ costumes are always my favorite garments to build with their interesting fabric as well as dramatic shapes, each costume is unique and exciting.

Not sure if I actually had a favorite show; I have always preferred movies. I do fondly remember watching Popular Mechanics for Kids, Teenage Mutant Ninja Turtles, and Power Rangers with my older brother. I always loved the interesting characters and over-the-top villains.

What are the steps that go into your role for an episode of Odd Squad?

My first step into building a costume is usually talking to my Cutter, someone who takes a sheet of measurements, turns them into a paper pattern, then uses it to cut the fabric. We discuss the design, as well as if there are any specific instructions I need to follow. I initially sew the garment to prepare it for a fitting with the actor. After the fitting, the Cutter will mark the alterations I need to make, and it is at this point I finish sewing the garment.

As well as being a seamstress, I am also a milliner. It is hard to describe a process because the hats are many different shapes and structures that take different methods to make. No matter the type of hat, it always starts with an illustration from the designer. From there, I might have to do some research on the ways to structure the hat and materials best for the project. I then go back to the designer to discuss the hat so I get all the particulars. Next is making the pattern; from there, it depends on what I’m making. For something like a wizard’s hat or a bellhop hat, I make a base out of a canvas, then cover it in fabric. For something like a fascinator or headdress, it is all about a wire structure and creating the topper, which can also vary in materials. Every project is unique and has its own challenges that are always fun to solve and have structural needs.

My favorite episodes tend to be based on which costumes I enjoyed making the most.

One of those includes the episode with the goats—it's not every day you make a three-piece suit for a goat. Another episode that I will always be fond of is “Villain Network.” For this episode, I was able to build the costumes as well as be on set helping the actors get ready. It is amazing to get to see the characters come to life.

What is your favorite costume you have made for Odd Squad?

If I had to choose, it would be Ancient Orla/Ancient Agents, Shelly Catessan, the Goat Suits, StarWipe, and Mr. Unpredictable. I know that's a lot, but they are my top picks for many different reasons. I come from a more classical background, and I love to work on period pieces like the Ancient characters as well, as this is the first costume I made for the series.

For characters like Shelly and StarWipe, I love building their headpieces. It is so hard to make them look realistic, and it paid off. Mr. Unpredictable was the first costume I was able to pattern, cut, and help sew. Usually a sewer is not responsible for the patterning and fitting of the garment, but for this project my designer and cutter trusted me enough to help create the adorable character.

My projects outside of work vary, but always have to do with creating. I like to crochet, embroider, work with thermoplastics, resin, and of course I sew in my spare time as well. The creativity never stops, so neither do I, unless my dog is in want for someone.

Since Halloween is this week, what is your costume going to be?

I'm a big fan of Halloween! I love to dress up. I'm presently making a mushroom costume, with a giant cap for myself. It is a big project, but I am excited for the end result.