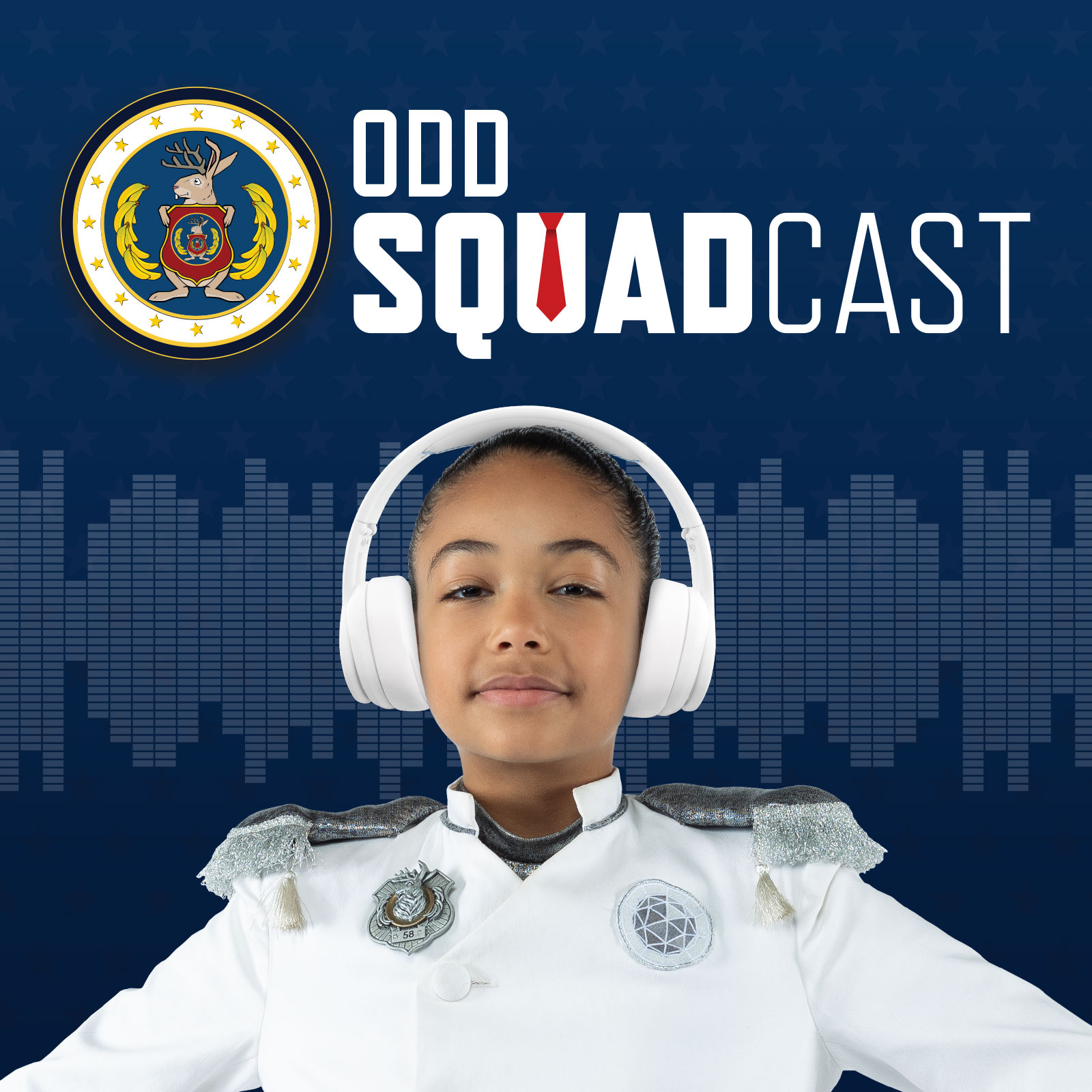 The podcast will premiere on November 25, and will air two episodes weekly through December 16.

This fall, kids across the country can tune in to Odd Squad in an exciting new way with a fun and educational podcast that will take young listeners beyond the screen and even deeper into the exciting world of the familiar series. ODD SQUAD: Odd Squadcast will premiere on November 25. Audiences can listen along on pbskids.org and anywhere you listen to podcasts.

Spinning off from the “odd-ventures” of Odd Squad, the multiple Emmy®-winning series from Fred Rogers Productions and Sinking Ship Entertainment, the eagerly-anticipated ODD SQUAD: Odd Squadcast follows The Big O as she hosts a weekly radio address for agents all over the world—and tries to stop an odd invasion on headquarters at the same time! The podcast will consist of seven episodes, with two episodes launching weekly.

Odd Squadcast was created with major funding from the Corporation for Public Broadcasting.

A live-action series designed to help kids 5-8 build math, problem-solving, and collaboration skills, Odd Squad centers on four young agents who are part of Odd Squad, an agency whose mission is to investigate strange happenings. Launched as part of the Ready To Learn initiative, a collaboration between CPB and PBS funded by the U.S. Department of Education, Odd Squad is now in its third season. Every episode features a math concept that Odd Squad uses to set things right. To crack each case, the agents use deductive reasoning and logical thinking—along with teamwork and a hefty dose of humor—to explore the “math in the science.”

Also premiering in Fall 2020 from PBS KIDS will be Season 2 of the Molly of Denali Podcast and the debut of the Pinkalicious & Peterrific Podcast.