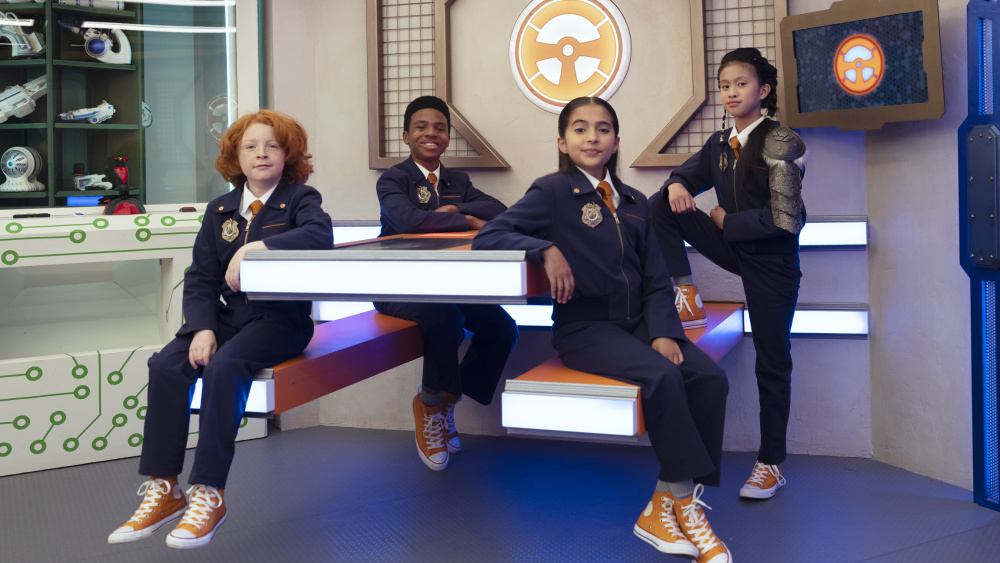 Adventure Academy, from the creators of award-winning ABCmouse.com, is a highly engaging online game for elementary and middle school children featuring thousands of learning activities in an interactive virtual world. Both Odd Squad and Adventure Academy make learning enjoyable for kids through quests and adventures that help them become more proficient in math and science. As part of the sponsorship, a 15-second spot will appear at the start and end of each Odd Squad episode. The Adventure Academy logo will also be included on educational assets and digital media, including the series’ website on PBSKIDS.org and PBS KIDS for Parents (pbs.org/parents). The sponsorship runs from September 14, 2020 to December 26, 2021.

Fred Rogers Productions partnered with public media sales organization Sponsorship Group for Public Television to secure the sponsorship. “As a sponsor of Odd Squad, Adventure Academy is part of a unique group of companies that sustains public television and our core mission of serving kids and families with quality, enriching programming,” said Suzanne Zellner, VP. “We are proud to have their support.”

Odd Squad is a live-action series designed to help kids 5-8 build math, problem-solving, and collaboration skills. The show focuses on intrepid young agents who are part of Odd Squad, an agency whose mission is to investigate strange happenings. All three seasons of Odd Squad feature a math concept embedded in each episode that the Squad uses to set things right. Named one of the best kids’ shows of the decade by Common Sense Media, and with a track record as one of the most-streamed series on PBS KIDS digital platforms,* Odd Squad has solidified itself as a long-standing family favorite. Odd Squad airs daily on PBS stations (check local listings), the PBS KIDS 24/7 channel, and streams on pbskids.org and the free PBS KIDS Video app. Odd Squad also airs on TVO Kids and SRC in Canada.

About Age of Learning
Age of Learning® is a leading education technology innovator, creating engaging and effective learning resources to help children build a strong foundation for academic success. Based in Los Angeles, the company is Bringing Learning to Life® by blending educational expertise, innovative technology, and insightful creativity. Age of Learning’s flagship product in the U.S., ABCmouse.com® Early Learning Academy, is a comprehensive curriculum for preschool through second grade, available on all major digital platforms and used by tens of millions of children to date. In 2019 the company launched Adventure Academy™, the first AAA educational massively multiplayer online game (MMO), serving elementary- and middle-school-aged children with thousands of learning activities in a fun and safe virtual world. Connect with Age of Learning at www.AgeofLearning.com or on LinkedIn, Twitter, YouTube, and Facebook.

About Sinking Ship Entertainment
Sinking Ship Entertainment is an award-winning production, distribution and interactive company specializing in family and kids’ live action and CGI blended content. Since opening its doors in 2004, Sinking Ship has produced over 500 hours of content, and through their globally recognized in-house distribution division, has sold to over 200 countries internationally. The company has rapidly earned a global reputation for high quality, groundbreaking original series and companion interactive experiences. Overall, Sinking Ship has won 21 Daytime Emmy® Awards and a variety of other international awards including Canadian Screen Awards, Youth Media Alliance Awards, Fan Chile Awards, Parent’s Choice Awards, the Shaw Rocket Prize, and the Prix Jeunesse International. In addition to production, Sinking Ship operates a cutting edge VFX and Interactive Studio, creating multi-platform digital experiences and interactive content for audiences around the world. The Toronto-based company is home to over 175 shipmates.

About Fred Rogers Productions
Fred Rogers Productions was founded by Fred Rogers in 1971 as the non-profit producer of Mister Rogers’ Neighborhood for PBS. In the years that followed, it not only created hundreds of episodes of this much-loved program, but also extended Fred’s values and approach to other efforts in promoting children’s social, emotional, and behavioral health while supporting parents, caregivers, teachers, and other professionals in their work with children. Fred Rogers Productions continues to build on Fred’s legacy in innovative ways through a wide variety of media and engages new generations of children and families with his timeless wisdom. The company’s highly-rated, Emmy Award-winning children’s series include Daniel Tiger’s Neighborhood, Peg + Cat, Odd Squad, and Through the Woods as well as Donkey Hodie, the eagerly-anticipated puppet series, inspired by the character from Mister Roger's Neighborhood, launching early 2021 on PBS KIDS. For more information, visit www.fredrogers.org or follow us on Twitter, Facebook, Instagram, and LinkedIn.