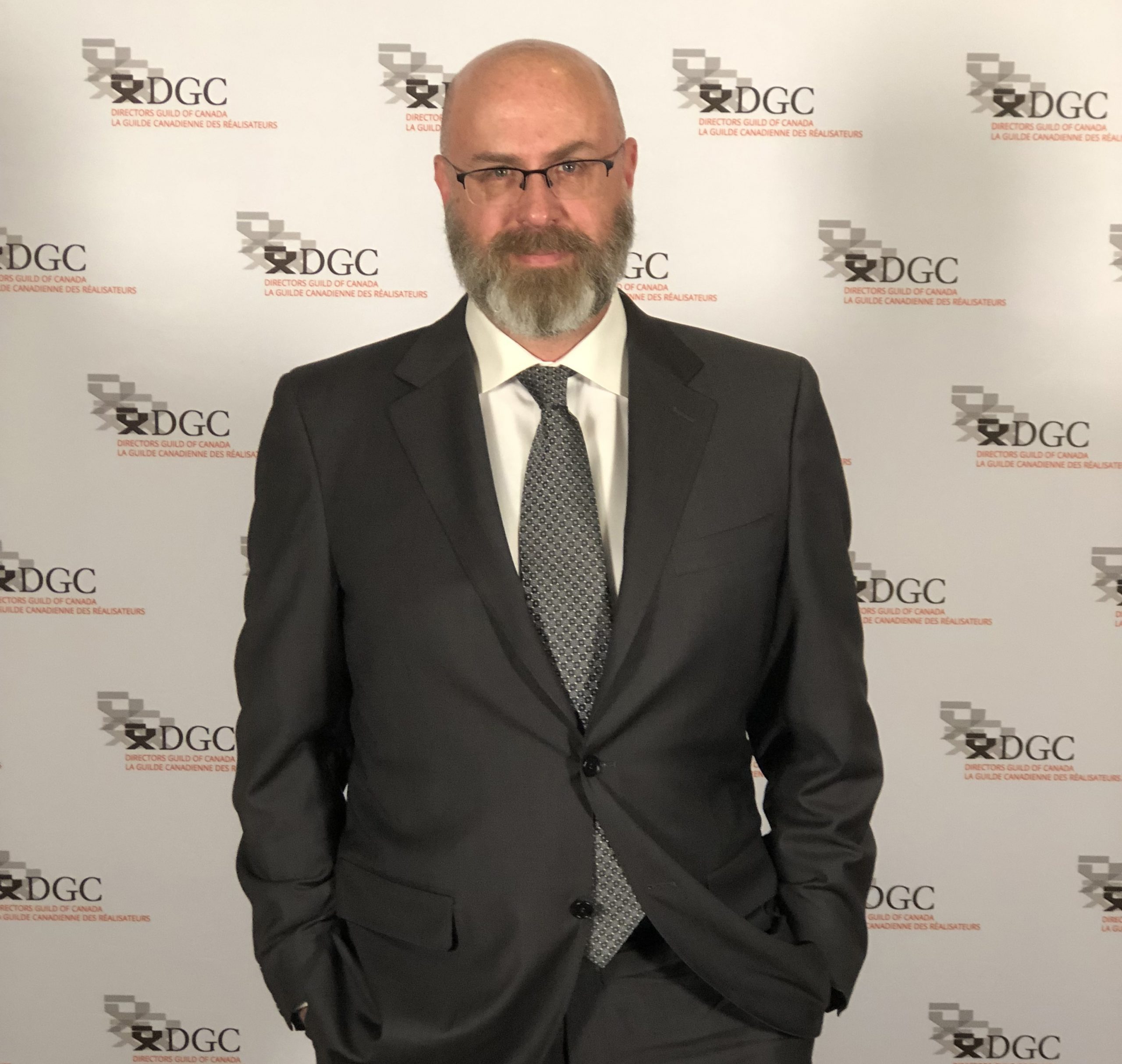 Get to know P. Jason MacNeill, a Sound Effects Designer for Odd Squad. Jason is a member of the sound team that recently won a Daytime Emmy® Award for Outstanding Sound Editing for a Live Action Program for the series.

Tell us about yourself and how you came to edit sound for children’s television shows.
I come from a musical family. My mother was a music teacher, so I took up piano and voice at a very young age, and followed that up with more and more instruments as I grew older. I pursued music in university as well, and played in a variety of popular bands. The latter gave me the opportunity to work in a recording studio, and learn the art of recording and mixing. That experience inspired me to move to Toronto to further my studies in recording arts.

I was picked up by Technicolor Creative Services in Toronto right out of school, and worked my way up through the ranks to the position of sound editor. As for getting my chance to work in children’s television, I think my passion for science fiction really worked in my favor. Odd Squad is a show full of “gadgets” and otherworldly sounds, and producer J.J. Johnson was happy to have someone who spoke the same language. He showed a lot of faith in me.

What was your favorite television show growing up?
I grew up long before the advent of streaming, so cartoons on Saturday morning, and the original 1970s Star Trek on Saturday afternoon, were what I waited for all week. But for me, it all started with Star Wars in 1977. Ben Burtt created the most amazing sound effects for that movie series, sound that stands up well even today. His work has always inspired me, and that movie sparked my passion for science fiction. I'm kind of a Star Wars super fan.

In your role as Sound Effects Designer, what goes into an episode of Odd Squad?
First, I start by watching the entire episode and cataloguing all of the events that will require added sounds. This includes all of the different locations, actor interactions, and numerous CGI shots. These all get marked, and the work gets distributed between myself and the other two sound effects editors; Bill Turchinetz, who handles the gadgets, and James Robinson, who handles the real world sounds like cars and doors. My job is to maintain overall sound continuity.

We’ve built a very rich library of designed sound effects for this show, so I make sure we are always sticking to the formula that J.J. established from the beginning. I start by editing all of the atmospheres, many of which are the pre-established ones I designed for the very first episode, but there’s usually always a new location to design in almost every episode, and I do my best to catalogue them in case they recur again in the future. After that, I edit all of the specific effects I have on my list: bullpen doors, tube system, computers, the Odd Squad Mobile Unit van taking off or landing, and any creatures or sci-fi elements particular to the episode.

Every episode has a “sound moment,” whether it’s a dragon, a “pie-nado,” or a gigantic robot, and not only do I have to figure how it’s going to sound, but I have to figure out how it plays into the educational theme of the show. We want the sounds to be huge and awesome, but we also don’t want them to distract from the dialogue, because the actors are trying to impart an important math lesson, which is always the key mission of the episode. My job is to make sure all of those criteria are being met.

What’s your favorite episode of Odd Squad?
That’s actually tougher than you think. There are so many great episodes! I have a soft spot for the very first episode, “Zero Effect,” because I worked very hard to establish all of the key locations, like the bullpen, the lab, and Ms. O’s Office, and all of the recurring sounds like the “squish-inator,” the tube travel system, and tube system arrival sounds. And we had so many CGI characters in that opening bullpen sequence: flying goldfish, aliens, robots, and unicorns. The episode flowed from one great sound moment to another.

I also loved “Crime at Shapely Manor,” which featured members from the Kids in the Hall comedy group. There were always lots of little pop culture references and Easter eggs built into every episode. I enjoyed that the writers had something in there to make the adults watching smile as well.

What do you like to do when you’re not working on the show?
I love spending my free time with my young family, but I also have a passion for video games, tabletop games, and board games. In the case of the latter, my friends and I have been playing them online throughout the COVID-19 pandemic.

What were your first thoughts when you learned your team won an Emmy award?
I had a hard time actually believing it was true. They announced the technical arts awards via social media, so I was on the Daytime Emmy Awards Facebook page, constantly refreshing the page, and when the winner for Outstanding Sound Editing for a Live Action Program came up and I saw “Odd Squad," my heart started beating a mile a minute.

I still had to tap “read more,” concerned this was just the list of nominees or something, but the only name was Odd Squad. I even watched the video they attached before I was finally able to accept it was true. I was excited for myself, and for my sound team, and excited for the entire Sinking Ship Entertainment family.

These shows are full of so many talented people working and imagining together, so when one of the nominated team wins, we all share in the victory. I also come from Canada’s smallest province, Prince Edward Island, on Canada’s east coast. So, this win is something I am proud to share with all of my friends and family back home. All the musical and technical skills I learned while living there helped to win this award.