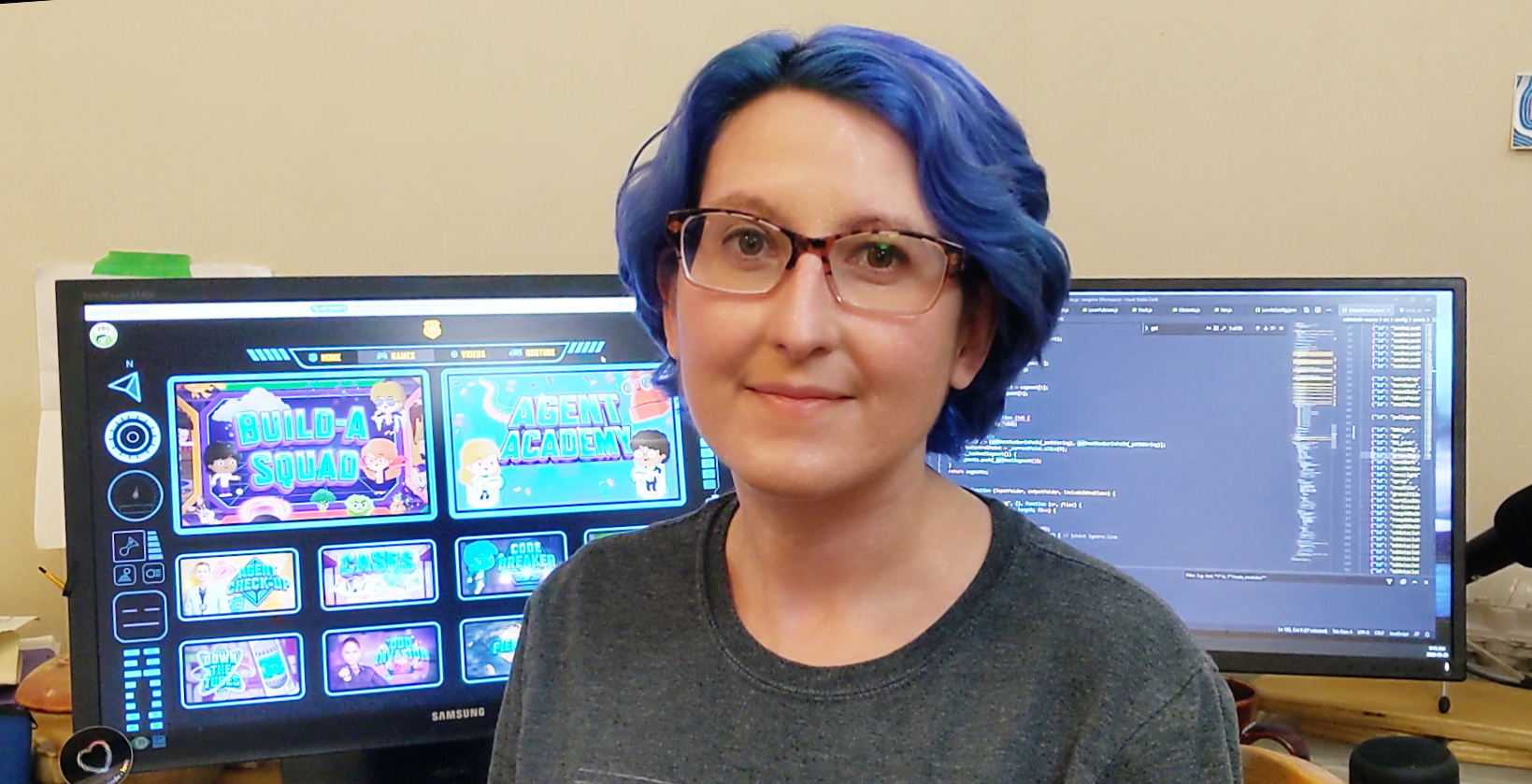 Tell us about yourself and how you came to work on Odd Squad.

I’ve been playing with computers since I was very young, and also making art, and so it took a while to find a job that satisfied both sides of my brain. Programming games, it turns out, is an excellent fusion of creativity and analytical thinking. And Odd Squad games aren’t just exercises in escapism; they help kids explore math and science topics, which is something I’m proud to be able to contribute to.

What was your television show when you were growing up?

I don’t know that I had a favorite, but I do have to mention: growing up in Canada, and in a small town to boot that only got a few TV channels with decent reception, I never got to see Mister Rogers' Neighborhood as a child, but I sure did love its Canadian kindred spirit show, Mr. Dressup! The theme song for that show was the first song I learned to play on the recorder.

What are the steps that go into making a game or other interactive experience for Odd Squad?

Our main goal in designing an Odd Squad game is to respect the zany spirit of the show and to present the learning goals within a fun, off-beat play experience. We brainstorm game ideas as a team, and then as a programmer, I write the code that brings the game to life, working with artists, writers, and educational advisors.

One of my favorite steps is watching kids playtest games that are in development. That’s how I learn which parts the kids find engaging and work well at conveying the learning goals, and which parts need to be made clearer, or more or less challenging, to deliver the best experience.

My favorite episodes are the ones that feature Soundcheck. I love the musical bits and can’t get enough of a boy band singing about arithmetic. So Odd Squad: The Movie was pretty great. It includes cast members from both Seasons 1 and 2 and (spoilers) has a VAN that goes to SPACE. What’s not to love?

I paint and read, and I love to take long walks and explore parts of the city I’m not familiar with. Lately I’ve been playing around in virtual reality a lot. I feel a bit conflicted about VR because I know not a lot of people have the privilege to experience it, but it’s such an exciting technology that I’m looking forward to it becoming more accessible to more people down the road.

Hmmm, I think I’d have to make a Clone-inator, to make copies of myself for short periods of time. I feel like that way we could get the boring parts of my work done much more quickly, and have more time to get on to the fun stuff! That’s the kind of thing that could easily get out of control, but you have to live dangerously sometimes when you’re fighting oddness.