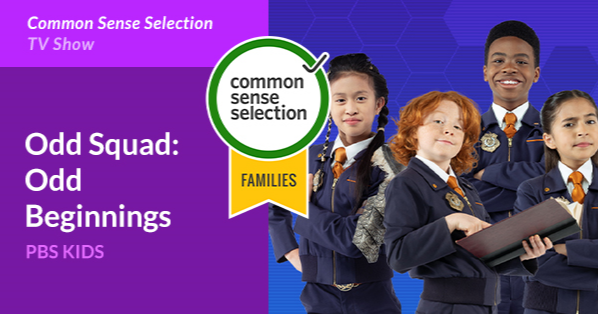 The media organization has distinguished the series' Season Three premiere.

Common Sense Media has named Odd Squad: Odd Beginnings as a Common Sense Selection for Families. The hour-long special kicked off the series' third season, featuring the newly-formed Odd Squad Mobile Unit. The new unit is a "team of kid agents who form a mobile unit response team tasked with investigating any and all odd happenings. To do so, they use math and science skills like units and means of measurement or simple machines as well as teamwork and strong problem-solving skills." The article mentions the special's focus on team-building and teamwork, as well as the concept of using math and science in everyday applications.