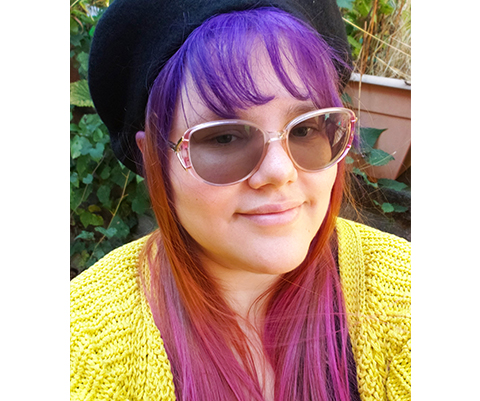 Get to know Melanie Harke of Schell Games in Pittsburgh. Mel is the senior games designer for Daniel Tiger's Neighborhood!

Tell us a little bit about yourself and how you came to work with Schell Games.

I didn’t always know I wanted to work in games, I didn’t even realize that was a thing you could do as a job when I was really young. But in the mid 90s, I remember visiting Walt Disney World with my family and being invited to a “sneak peek” of a virtual reality play test. It was for Aladdin’s Magic Carpet Ride. I recall hearing all the developers talk about designing and making this experience and for the first time realized: people make these things; I could make these things!

After that I got into computer programming, applied to Carnegie Mellon University, and took a game design course, and fell in love. I asked the professor if there were any jobs at the university I could do around his course, and he instead told me he had started a studio, Schell Games, in Pittsburgh, and wanted to know if I wanted to work there.

That was 2005, and I’ve been at Schell Games almost all of that time (I did take some time off to finish graduate school). During that time, I’ve been able to work on theme park attractions, MMOs (massively multiplayer online games), mobile games, interactive toys, and of course several Daniel Tiger’s Neighborhood games!

P.S. It turns out that my professor/ boss, Jesse Schell, actually worked on Aladdin’s Magic Carpet Ride. I didn’t realize this until years later. It really is a small world after all!

This is a hard choice, but I think I’d have to say Sailor Moon. It featured strong women leaders who value their friendships, justice, and themselves. The main character, Sailor Moon/Usagi, wasn’t the strongest or smartest person in the show, but she was the leader because she was the heart of the group. Her empathy and ability to bring love to every situation was really inspiring.

I think the reason the show sticks out so strongly in my childhood is also because my sister and I shared a special bond over the show. We would get up at 5 AM every morning to watch it. We ended up being so in love with the show, we built a fan website together in the 90s. That time together working on a passion project with my older sister was really important to me and further cemented my love of making interactive experiences for people.

What are the steps that go into your role in making a Daniel Tiger’s Neighborhood game?

Typically to start a new Daniel Tiger’s Neighborhood project, Schell Games and Fred Rogers Productions will meet and decide on a game theme or lesson we’d like to provide. We then explore how we can take that lesson and make it a fun and engaging experience for kids. What pre-existing games, toys, or lessons can we draw from? What’s a new way of looking at this issue that isn’t explored by other games? What is the strength of the show for this topic so we can lean into it?

As the game designer and project director on the Schell Games’ side, a large part of my job is listening to all the important parties—the show, the production team, the game development team, and most importantly, the kids and their parents. I take all their ideas and needs and try to combine them into a cohesive design.

Once we have a design we like and believe in, we prototype and immediately start testing with kids. I try to run a playtest once a week, and the Children’s Museum of Pittsburgh has been gracious enough to let us playtest there often. Observing kids and their parents engaging with the games allows us to iterate on the design to ensure that it’s hitting the lesson we want, easy to use, and, of course, that they enjoy playing it!

What is your favorite Daniel Tiger’s Neighborhood project that you have worked on?

I love them all for different reasons, but I think if I had to pick it would be the Neighbor Day game. The concept of the game is simple—you and Daniel visit all the Neighborhood kids, and together you complete some task for Neighbor Day at every neighbor’s house. This could be decorating a cake, or cleaning off the party picnic table. I just love that it highlights the simple tasks that we can all do in service of one another, and that by doing these things together, we become a closer community. I like to think that this game, as well as others, answers in some part Fred’s call to “make goodness attractive.”

It’s also one of the last games I got to work on with Cathy Droz (former digital producer for Daniel Tiger’s Neighborhood) before she retired from Fred Rogers Productions. Her wisdom and insight into kids as well as her experience with Fred Rogers himself were really valuable to the games and a treasure for myself. She became a dear friend of mine through the years of working on these games. 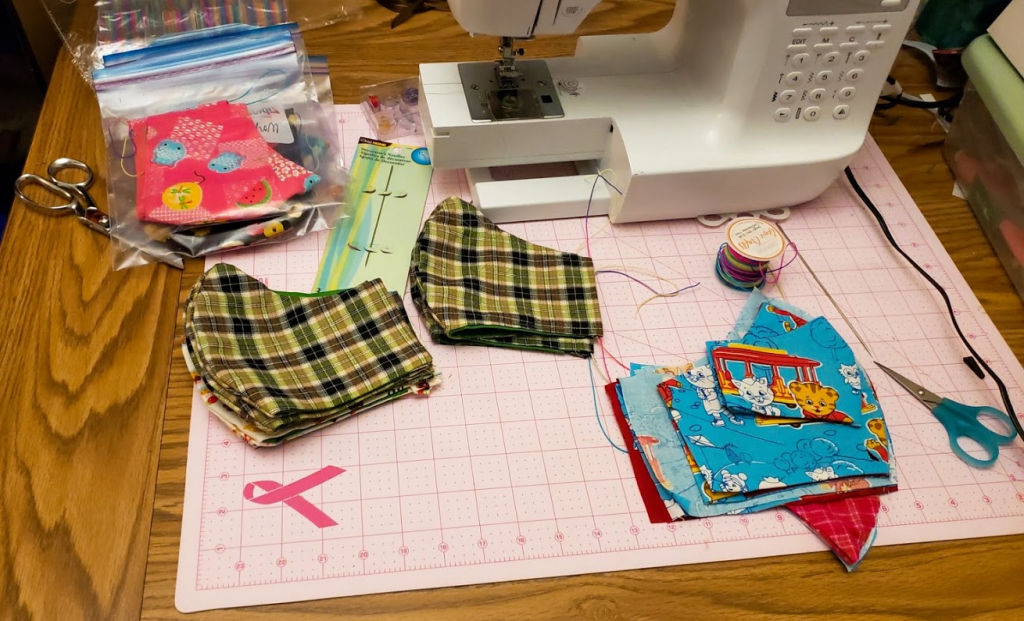 Well of course, as a game designer, I play a lot of  games. My personal favorites are Minecraft and Stardew Valley. But when I’m not playing games, I’m usually crafting. My crafting includes sewing costumes, needle felting cute little figures, building box mazes for the neighborhood Halloween party, painting, and everything in between! I’m an equal opportunity crafter and love trying new things out. I guess I just really like making things!

With the COVID-19 quarantines going on, I’ve been putting my crafting hobby to use sewing face masks for my coworkers, neighbors, and family. It’s really helped me feel less helpless during this situation. Together we can help make the world a better place.