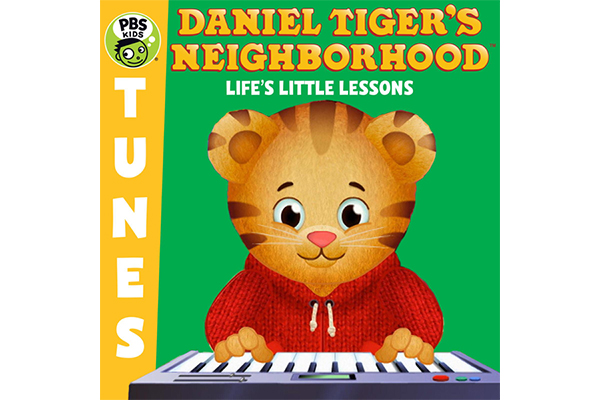 Warner Music Group’s Arts Music division has entered into a worldwide partnership with Fred Rogers Productions for its hit animated children’s television series, Daniel Tiger’s Neighborhood. The Emmy-winning show is based on the fictional ‘Neighborhood of Make-Believe’ from the iconic Mister Rogers’ Neighborhood, and features beloved characters from the original program. New music from the show will soon be released under the deal while existing songs will be made immediately available across a broader set of digital services both in the United States and around the world.

Kevin Gore, President, Arts Music said: “I grew up watching Mister Rogers’ Neighborhood and always admired the values of kindness, respect, learning, friendship, fun, and imagination that Fred Rogers conveyed to children in such a personal way. I’m thrilled to be able to be a part of continuing his legacy through our partnership with Fred Rogers Productions for Daniel Tiger’s Neighborhood, a show that perfectly blends the nostalgic with the modern while emphasizing those timeless values. In the same way that Fred’s music helped amplify these positive messages in his original show, the songs from Daniel Tiger’s Neighborhood will delight, comfort and inspire children and families for many years to come.”

Paul Siefken, President and CEO, Fred Rogers Productions said: “Music has always been a key part of Daniel Tiger’s Neighborhood. It’s what helps make the parenting strategies featured in each episode of the series so effective and useful for preschoolers and families in their everyday lives. We are excited about teaming up with Warner Music Group’s Arts Music division to help make these songs and prosocial lessons from the show accessible to even more young fans and their families in neighborhoods all across the globe.”

Daniel Tiger’s Neighborhood follows the daily adventures of 4-year-old Daniel Tiger (son of Mister Rogers’ Neighborhood’s Daniel Striped Tiger), and his friends, Katerina Kittycat (daughter of Henrietta Pussycat), Miss Elaina (daughter of Lady Elaine Fairchilde & Music Man Stan), O the Owl (nephew of X the Owl), and Prince Wednesday (King Friday & Queen Sara Saturday's youngest son). Through each adventure, children are taught valuable lessons and practical skills such as managing sibling rivalry and missing loved ones, tidying up, and coping with accidents, all with the help of strategy songs like, “Clean Up, Pick Up, Put Away” and “Use Your Words and Say How You Feel.”

Daniel Tiger’s Neighborhood was created by Blue’s Clues co-producer Angela C. Santomero in 2012 and is produced by Fred Rogers Productions and 9 Story Media Group. The show will return for its fifth season this summer on PBS KIDS.