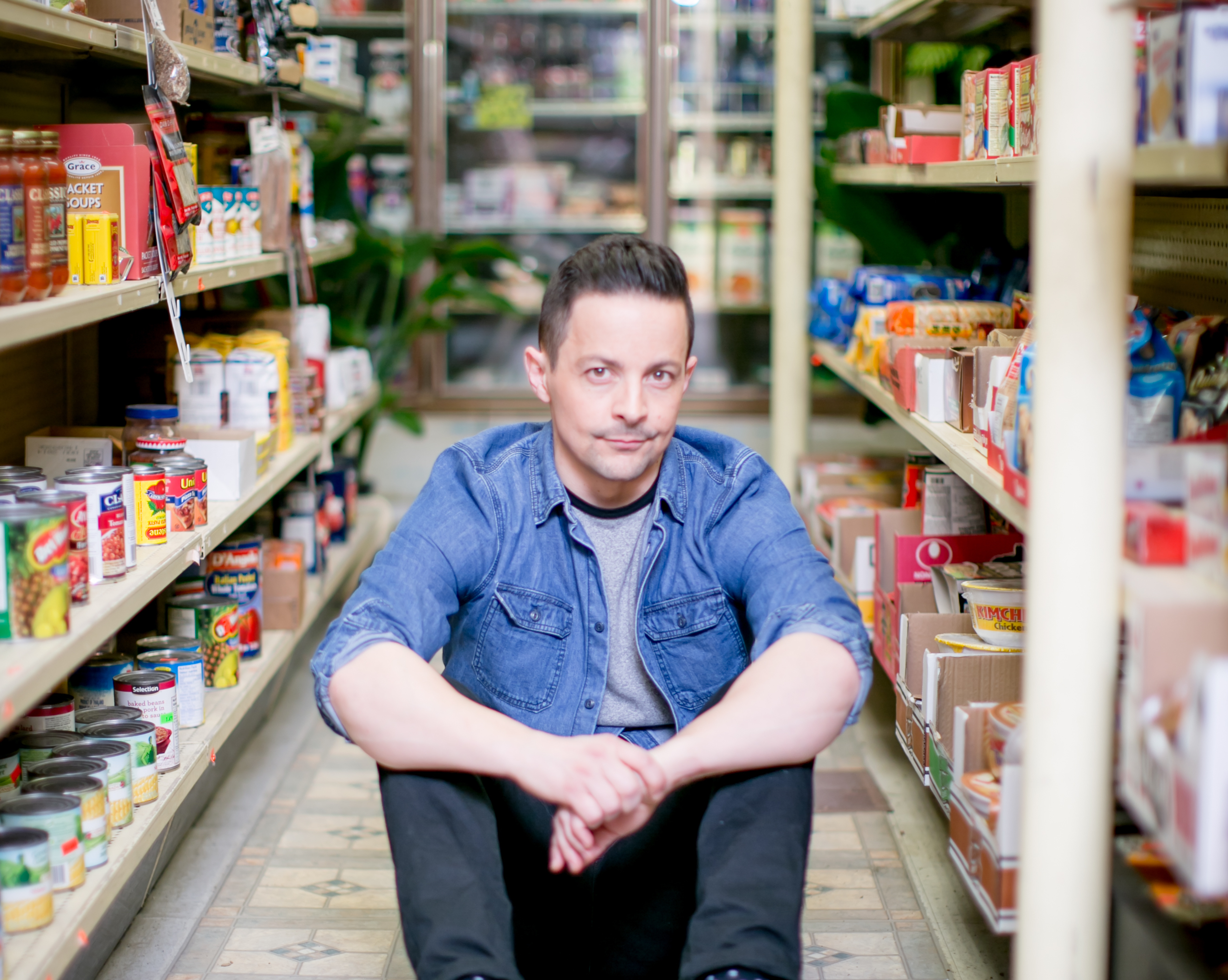 Get to know Mark De Angelis, a writer and producer for Odd Squad.

Tell us about yourself and how you came to produce and write television shows as a career.
Through a very long, winding, twisted road. I graduated University with a degree in political studies, and since I didn’t know where to line up for a job in “political studies,” I turned to the thing I always got the most joy out of while in school… drama and theatre. I managed to land some television and theatre jobs as an actor, but what really brought me the most satisfaction was writing/performing sketch comedy. It completely hooked me into wanting to write more; specifically half-hour comedies.

And so, with zero television experience, I started at the bottom as a production assistant and slowly worked my way up the ladder, gaining experience along the way (I would also tell anyone who would listen that what I really wanted to do was write). Eventually, I got a crack at a small writing job, and that went well enough that I got a slightly bigger writing job, and on and on it goes until you find yourself writing/producing television as a career. Note: I intentionally left out the part about sleepless nights and countless anxiety attacks.

What was your favorite television show when you were growing up?
I loved such a wide range of shows. As a kid, I was a huge fan of The Muppet Show and Looney Tunes. I also watched a lot of sitcoms, like WKRP in Cincinnati, Happy Days, and Cheers. And of course, Star Trek.

What are the steps that go into your role in writing and producing an episode of Odd Squad?Everything starts in the writing room. We have such an amazing group of writers who work on Odd Squad, along with the insanely creative guidance of co-creators Tim McKeon and Adam Peltzman. As for the nuts and bolts of writing/producing an episode…

First, I like to hear story pitches from everyone in the room. What is the episode about? This could be a fully fleshed-out concept to the smallest nugget of an idea. Once I find a story idea I’m excited about, we get into the nitty gritty of breaking down the beginning, middle, and end of that story on a whiteboard. It’s a huge team effort, with everyone pitching ideas, jokes, story twists and turns, and of course, the math curriculum.

Generally speaking, we’ll spend an entire day planning out just one Odd Squad episode. From there, a writer will be assigned to write an outline for that story; generally speaking, it’s a 4-5 page document. This outline is shared with our curriculum advisers, Fred Rogers Productions, Sinking Ship Entertainment, and PBS for their thoughts/notes. After that, we move to writing the actual script. The entire process—from the start of an idea in the writing room to a first draft script—takes about a month.

Then, we start the process of sharing that script with our production team (from casting, to costume, to visual effects, to locations, and every other department you can imagine). Along the way, we make changes where necessary, and generally try to keep improving the script as we go. I don’t think you’re ever really finished writing a script until you hear the director yell, “Action!” …and even then, I like to come up with new ideas or jokes on the fly. In a nutshell, it is a very long process. Much like this long-winded answer.

What is your favorite episode of Odd Squad?
There are so many! The best I can do, under this intense pressure, is give you my Top Three:

1. “Drop, Gadget, Repeat”… an homage to the Tom Cruise film Live, Die, Repeat (aka, Edge of Tomorrow). It found our agents stuck in a time loop. Brilliantly written by Tim McKeon, skillfully directed by Stefan Scaini, and it probably has my favorite closing line of ANY Odd Squad episode ever. Which I won’t tell you. Go watch it.

2. “Odd Squad: The Movie”… this is technically four episodes, because it was a 1-hour movie, but I’m putting it in on the list. I was lucky enough to write this episode alongside Tim McKeon and Adam Peltzman, and it was directed by the insanely talented J.J. Johnson. We all had so much fun making this because everyone went all out to make it epic. With a guest appearance by Jack McBrayer (30 Rock), along with the one-and-only moment where the cast of seasons one and two come together to save the day. I may have also had a guest appearance as a villain named Rod, from the Rod Squad.

3. “Extreme Cake-Over” Probably one of the craziest episodes we’ve ever done. When a virus that turns people into cakes spreads through Headquarters, the agents try to contain the outbreak. I remember breaking this story in the room, and we all had so much fun coming up with jokes; you could really “feel” that it was going to be a special episode. Fantastically written by Charles Johnston, directed by the brilliant Warren P. Sonoda, and the kids put in a top-level performance throughout the episode. Fun fact: we originally wanted to set this episode on a plane and call it “Cakes on a Plane.”

4. I know, I know… I said ‘Top Three,’ and here I am, still writing. Buuuut I’m actually giving a nod to an episode that hasn’t aired yet, so think of this as a gift. I’m so incredibly proud of how the new season of Odd Squad—featuring the Odd Squad Mobile Unit—is turning out. Keep your eyes peeled for a half-hour episode titled “Slow Your Roll.” It’s our version of the movie Speed, with the agents trying to stop their out-of-control van after it has been taken over by a villain. Amazing performances.

What do you like to do when you’re not working?
I love to read, catch up on other TV shows, and spend time with my wonderful wife and two kids. Is this the most boring answer ever written? Yes. Yes it is.

Without sharing spoilers, what are you most excited about for the Odd Squad Season 3?
It’s the first time we’ve had four main agents, rather than the traditional twosome, which has opened up a lot of interesting character dynamics. One of those agents happens to be 500 years old, and she’s becoming one of the most unique characters we’ve ever seen on Odd Squad. There’s also an incredibly mysterious and surprising villain this season.

I’ve already said too much.