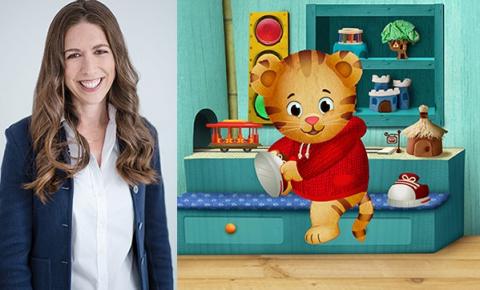 Get to know Rachel Kalban, Vice President, Research and Curriculum at 9 Story Media Group. She talks about her role in creating episode content for Daniel Tiger's Neighborhood, her reaction when Daniel won a Daytime Emmy Award, and her favorite episodes of Punky Brewster.

How did you get into child development research for children’s television as a career?

I was really inspired by an article I had read in college about how Sesame Street had bridged the gap between low- and high-income children entering Kindergarten and knew that I wanted to have that kind of impact on kids today. I started out working in the business side of the industry and got to see all the aspects that contributed to a successful show. I noticed that the shows that seemed to have the biggest positive benefit for kids were the ones that were well researched. Then I got to sit in on a research session and it felt like my eyes were opened—of course to make a show that speaks to kids you need to ask them what they think! Integrating kids into the creative process was critical, and so was having a good understanding of child development. So, I decided to go back to school for a Master’s in Child Development, where I got to learn both sound research practices and the child development theory that our shows are all based in.

I was a HUGE Punky Brewster fan! I think I wore my hair in pigtails for all of second grade thanks to her. If you asked me then, I probably would have told you that it was because she was so funny and had big imaginative ideas. When I think back though, I realize that it was also because my whole family would watch together. I can even remember my father saying we had to get going for Punky Brewster if we were out on a Sunday night. We often talked after about whatever the episode was about. I have such vivid memories of that show, whether it be when Cherie got locked in the refrigerator during hide and seek and they had to do CPR or when Punky met the older girls using drugs and learned to “Just Say No,” or the Punky Pizza restaurant they created for Henry’s important date!

What is your role in shows like Daniel Tiger's Neighborhood?

I am involved from the very beginning when we brainstorm what topics we want to cover and strategies we want to teach for the new season of episodes. Once we have settled on what we will cover, the scripting process begins. I review each draft to make sure that it is written in a way that will best speak to our young audience; that it’s comprehensible, teaches a lesson, and is engaging. My team takes one of those drafts in the process and creates a storybook of the episode, using pictures from the show. We then go into preschools and read the story to groups of kids, and ask them a lot of questions along the way so we can assess how they are liking the episode, what they understand, and what they are learning and taking away from it. We work very closely with the writers to edit the script based on what the kids told us and what we observed during the session to make it as appealing and educational as possible!

What is your favorite episode of Daniel Tiger's Neighborhood?

Oh wow, there are so many. I will always love the pilot, where Daniel learns that “When something seems bad, turn it around, and find something good,” it’s a strategy that I use in my everyday life! As the very first episode, we tested that script with dozens and dozens of kids to get it right and set the stage for the rest of the series.

What do you like to do when you're not working?

I love to travel—even planning a trip is a big hobby for me. I love yoga and running, too. Right now I am doing ceramics and pottery, and that has been such a great way to use another part of the creative side of my brain, while spending a few hours away from the analytical side!

How did you feel when Daniel Tiger’s Neighborhood was announced as the winner at the Daytime Emmys?

I was completely stunned. It’s actually embarrassing, all of the pictures from that night have me with my hands just covering my mouth, I was so in shock. I always said that it didn’t matter to me whether we ever win an Emmy, the response that we get daily from parents and kids about how much this show has done for their lives is all the award I need. So I was also surprised at just how excited I was! It really is amazing to be recognized for the hard work we have put into this show for about a decade now. I have gotten to work on a lot of television shows, but Daniel really does have my heart, and so it was extra special to be there for this win. 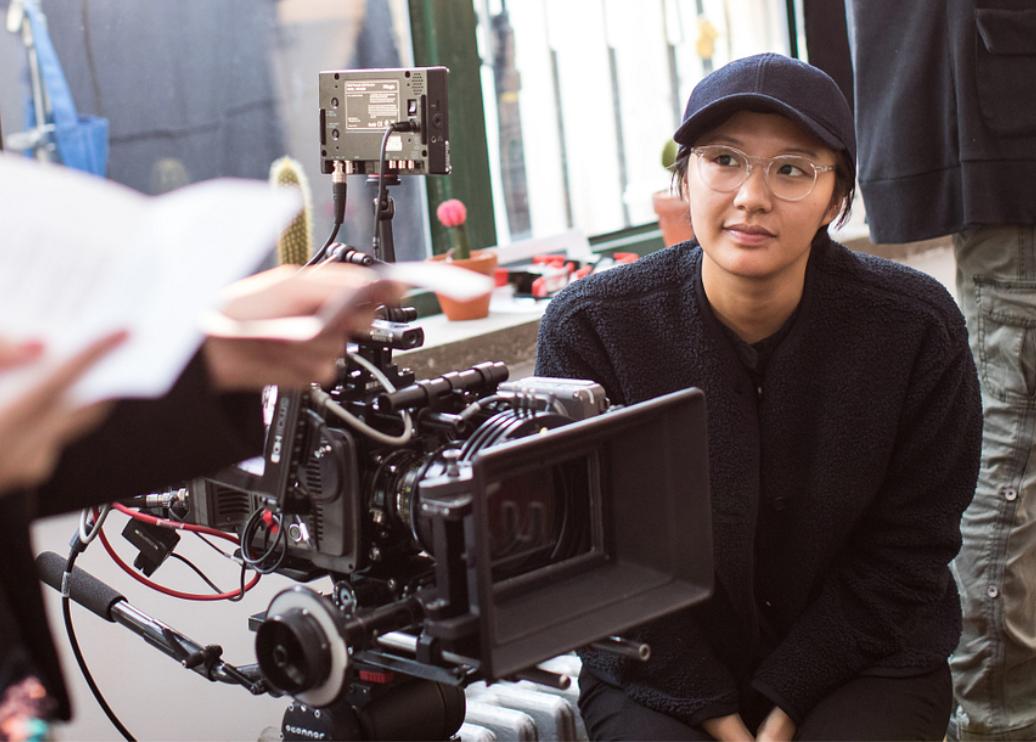 Get to know Gayle Ye, Director of Photography for the upcoming season of Odd Squad. 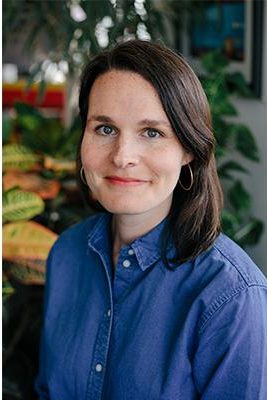 Get to know Shannon Case, one of the newest members of the Fred Rogers Productions team.