New York, NY, September 5, 2018 – Families nationwide will be totally freaking out when

Peg + Cat heads to the stage for the FIRST TIME EVER! “Peg + Cat LIVE!: The Big Dog Problem,” an exciting new musical production from Fred Rogers Productions, the Brad Simon Organization, and Bay Area Children’s Theatre, will bring all the toe-tapping musical, math-themed fun from the multiple Emmy-winning PBS KIDS series to fans throughout the U.S. beginning February 2019. With an original story written by series co-creators Jennifer Oxley (Little Bill, The Wonder Pets!) and Billy Aronson (Rent, Postcards from Buster), the stage show promises a totally awesome time for young “problem solvers” as they embark on an interactive adventure with their favorite characters from the series, including Peg, Cat, Ramone, Big Dog, Pig, Mermaid, and more, to solve a REALLY BIG problem. Tickets are now available for pre-order. For additional information and a complete list of tour dates and ticket links, visit https://pegpluscatlive.com.

“We’re delighted to work with the Brad Simon Organization and Bay Area Children’s Theatre to bring Peg + Cat to life on stage for the very first time,” said Paul Siefken, President and CEO, Fred Rogers Productions. “With this new live production, preschoolers and their families will get to engage with their favorite characters and stories from the popular series in a whole new way, while honing their early math skills all along the way.”

“We are thrilled to offer this entertaining and educational production from the Bay Area Children’s Theatre and Fred Rogers Productions to performing arts centers and their audiences,” said Brad Simon, President of the Brad Simon Organization. “The creative team has developed a theatrical experience that is sure to engage thousands of Peg + Cat fans.”

In Peg + Cat LIVE!: The Big Dog Problem, based on the popular episode, Peg’s mom asks Peg and Cat to mail some really important letters. But on their way, they come face-to-face with a REALLY BIG PROBLEM – a really big dog! They’ll need math – bar graphs, size comparison, position words, fair sharing, and a whole lot of counting, plus some help from one another and the audience to solve it! The vibrant full-scale production features larger-than-life puppets, light-up math facts that pop up all over the stage, and fan-favorite songs from the series, enhanced for the live stage experience!

The hit series follows the adorable, spirited Peg and her loyal sidekick Cat, as they embark on a host of hilarious, musical adventures, learning foundational math concepts along the way. Each episode features engaging stories in which Peg and Cat encounter a problem that requires them to use math and problem-solving skills to move the story forward. The series provides young viewers with new ways to experience math and highlights its importance in a variety of everyday situations.

The company was founded by Fred Rogers in 1971 as the non-profit producer of Mister Rogers’ Neighborhood for PBS. In the years that followed, it not only created hundreds of episodes of this much-loved program, but also extended Fred’s values and approach to other efforts in promoting children’s social, emotional, and behavioral health and supporting parents, caregivers, teachers, and other professionals in their work with children. Fred Rogers Productions continues to build on Fred’s legacy in innovative ways through a wide variety of media and engages new generations of children and families with his timeless wisdom. The company’s highly-rated, award-winning children’s series include Daniel Tiger’s Neighborhood, Peg + Cat, Odd Squad, and Through the Woods. For more information, visit www.fredrogers.org or follow us on Facebook and Twitter.

About the Brad Simon Organization

Established in 2004, Bay Area Children’s Theatre (BACT) is the largest company devoted to Theatre for Young Audiences (TYA) in California and one of the three leading TYA companies on the West Coast. BACT serves more than 115,000 children and adults in the San Francisco Bay Area each year with productions that are inspired by children’s literature and specially designed to engage young audiences; a theatre education program in 15 communities; and an outreach program for schools that coordinates artist residencies with student matinees of BACT’s main stage shows. BACT commissions and develops new work to expand the TYA canon—28 new plays to date—and it sends a show on tour each year to reach young audiences throughout the nation—most recently, its award-winning original production of Goodnight, Goodnight, Construction Site the Musical. A 501(c)(3) non-profit, BACT aims to inspire young audiences with imaginative productions, introduce children of all backgrounds to the excitement of live theatre, and create an engaging, entertaining, and educational environment in which children and their families can explore and enjoy the arts. 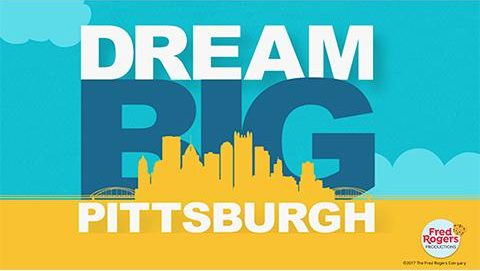 There is no more genuine source of dreams and shared possibilities in our community than our children.